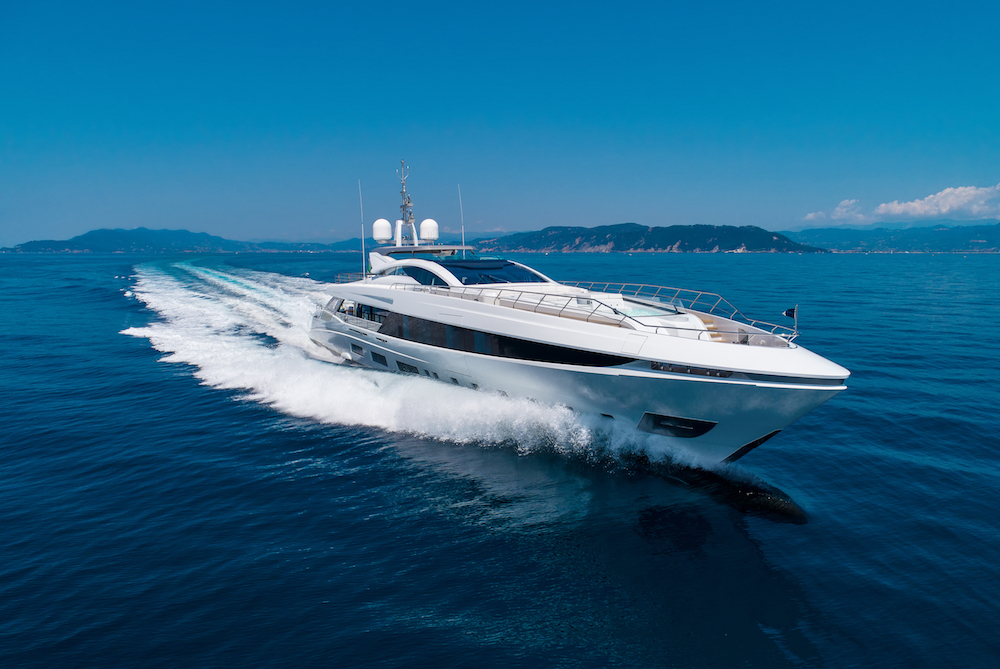 The Mangusta Gransport El Leon has just reached Barbados. After cruising off Viareggio in early December, the yacht smoothly covered over 4,800 nautical miles, setting an important record for the Shipyard – this is indeed the first Mangusta ever to cross the Atlantic Ocean. 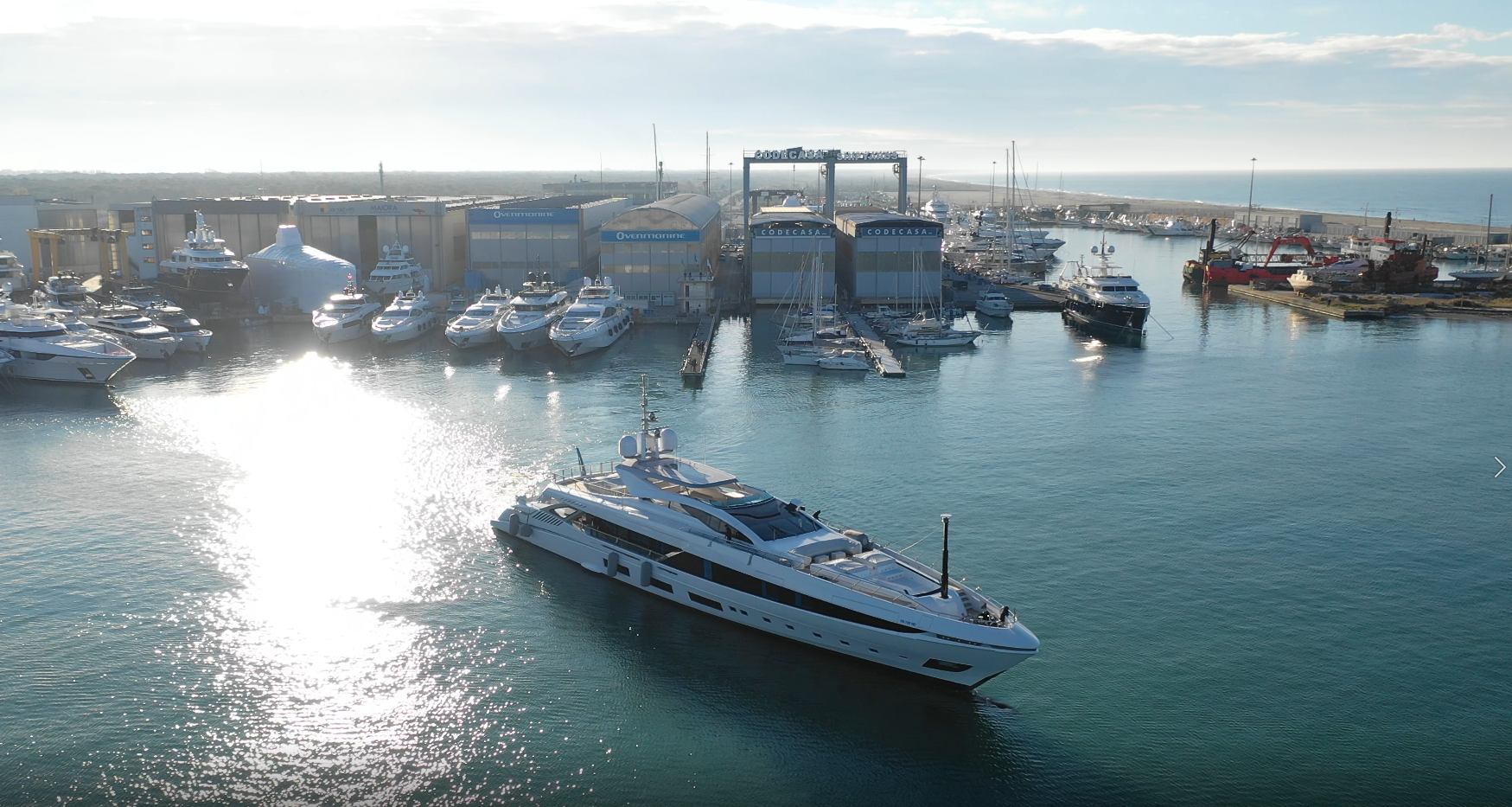 El Leon was delivered to her Owner last summer and was officially presented to the public and to the yachting industry during the recent Monaco Yacht Show, immediately meeting with great success.

With her 54 meters in length, she is the largest yacht built so far by the Shipyard, as well as the first model in the new generation of Fast Displacement yachts, the Mangusta GranSport line, designed by Alberto Mancini. 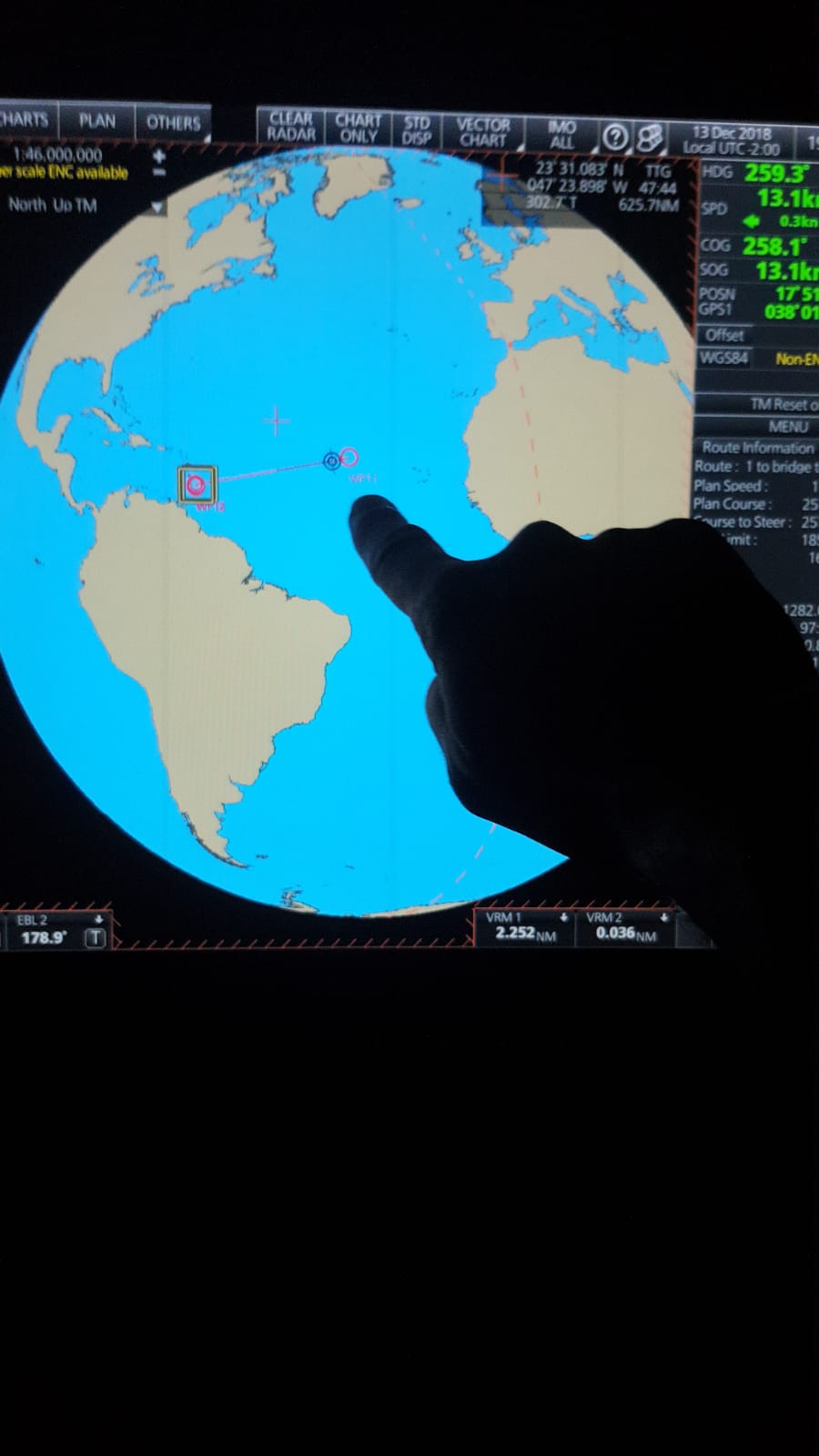 She can reach a maximum speed of 30 knots and can cross the ocean at cruising speed, boasting a range of 4,800 nautical miles and always ensuring maximum onboard comfort. 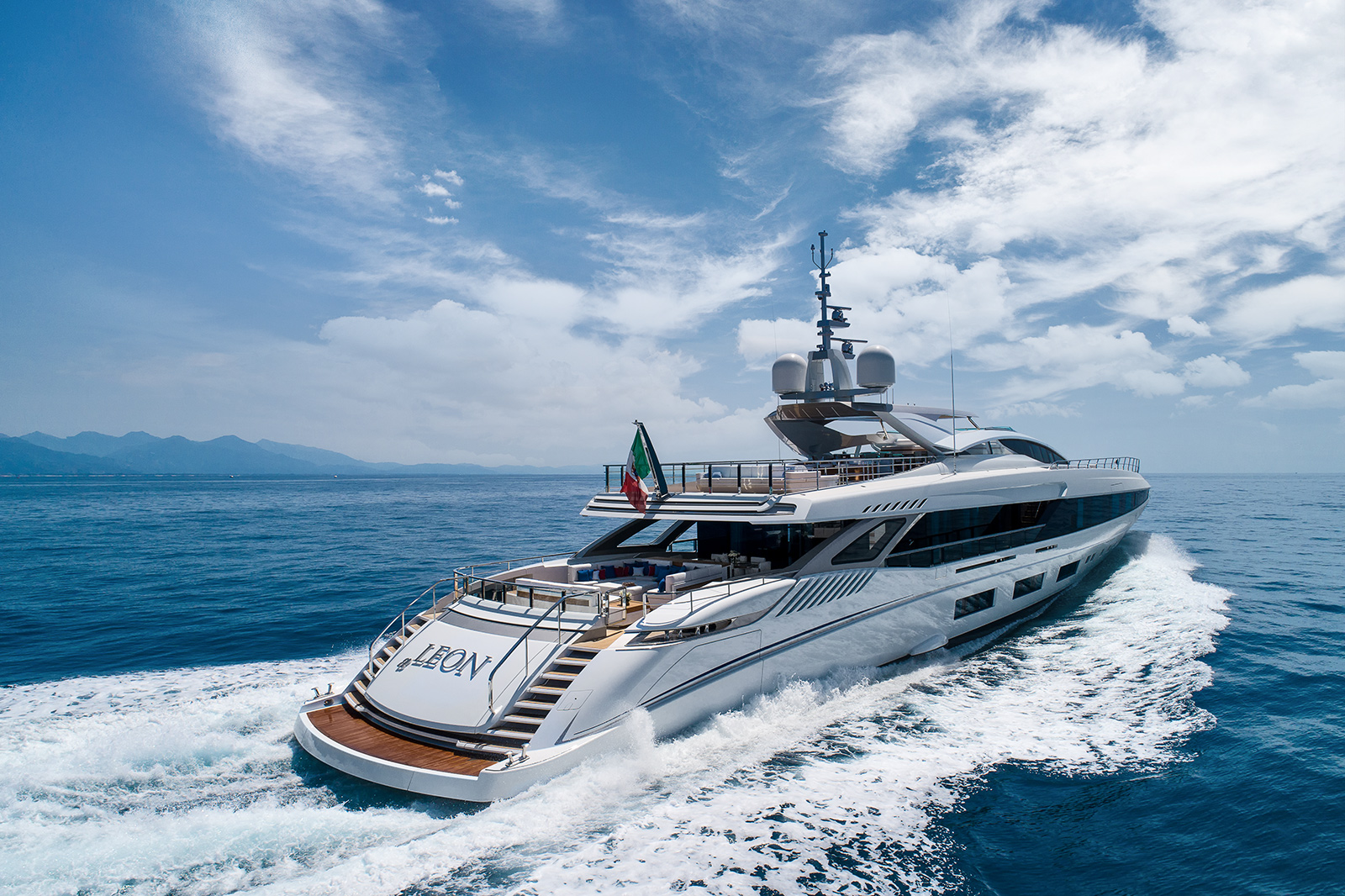 Such outstanding performances are possible thanks to cutting-edge technical solutions: the hull, designed by Studio Ausonio, can be defined as a “Fast Surface Piercing Hull”, i.e. a hull featuring a bulbous bow that glides on the sea surface without planing, using dynamic thrusts to control longitudinal trim and maintaining a displacement mode even at high speeds. The combination of a 4-engine / 4-propeller drive with electric stabilizers makes this yacht extremely comfortable and versatile.

The Owner, enthusiastic about the yacht, which he had extensively tested during the summer, decided to turn his dream into reality: spending time on board with no compromises about performances and without having to take any time off his professional activity. And he decided to start at Christmastime, in the American seas. 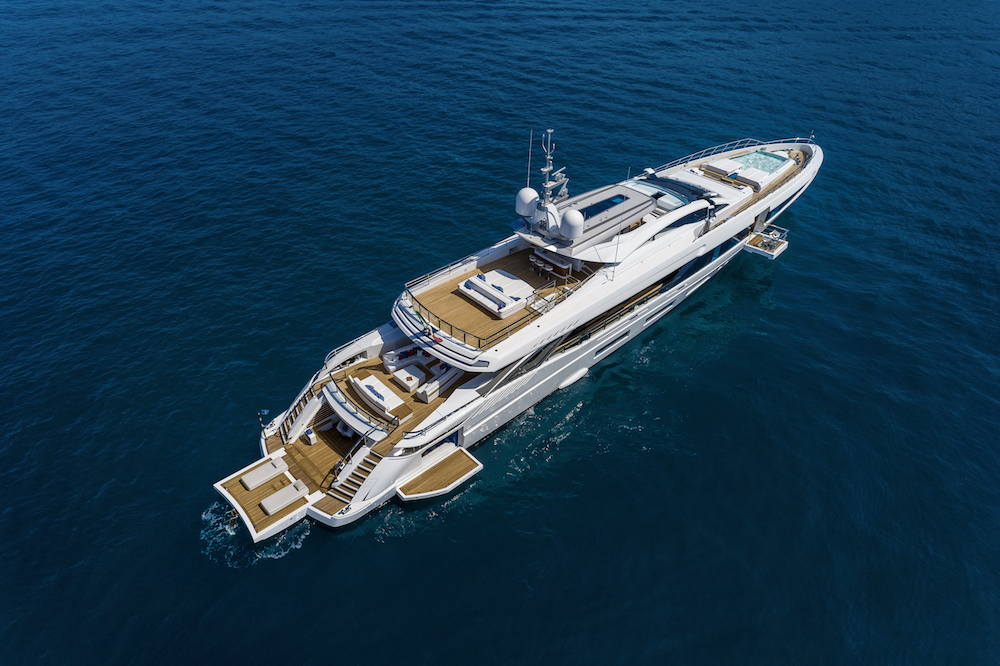 Usually, yachts of this size are loaded onto one of the many vessels that normally transport yachts between the two sides of the Atlantic Ocean, because their cruising range is not sufficient to make the crossing or for other reasons. But the Mangusta Gransport, unlike other yachts, is perfect to cross the Ocean by herself, because she was designed and built specifically to be fit for this kind of endeavors, too. 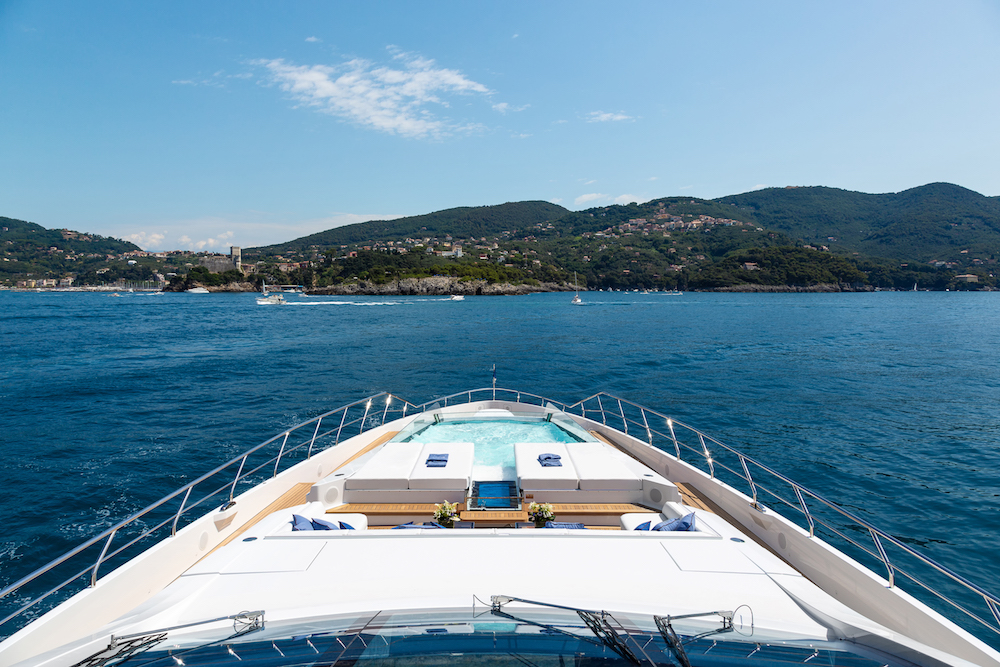 “Land ahoy!!! Our voyage ends with these joyful words when we catch sight of the Barbados coast” says El Leon’sCaptain, Paolo Bozzo Costa. 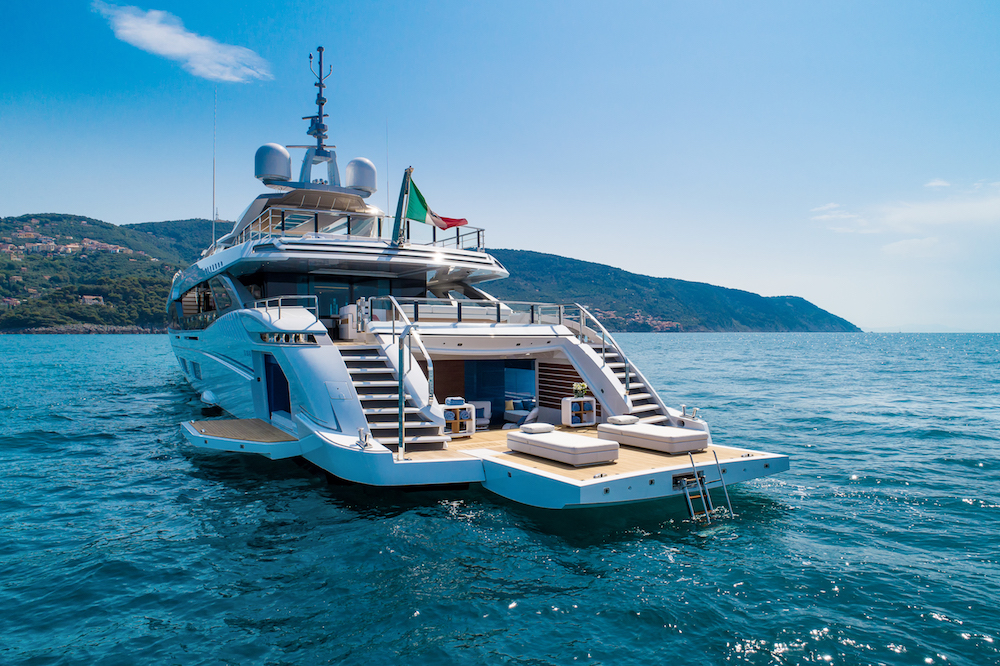 “On 1stDecember we cruised off Viareggio with the aim of reaching the Caribbean on this new 54 m semi-displacement yacht built by Overmarine and willing to find out more about her peculiarities along the 4,800 miles that stretched between us and our destination. 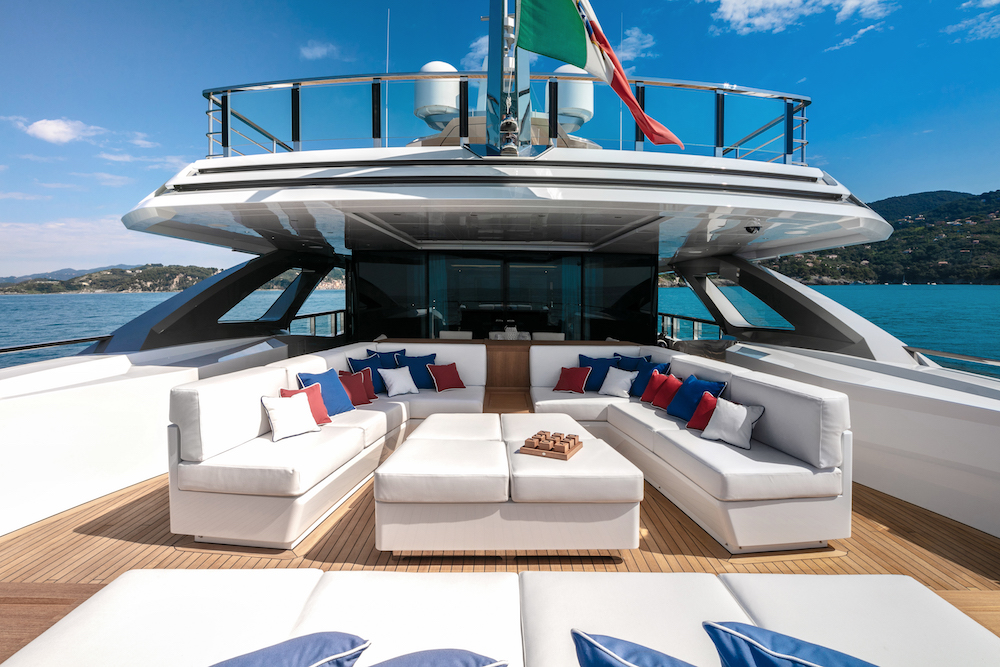 El Leon behaved outstandingly, confirming the seakeeping features of her hull, which I had already appreciated during our summer cruise. While cruising across the Atlantic Ocean, with well-formed swell waves further strengthened by the constant trade wind, the yacht impressed us with her great comfort, stability and performances.
I kept an average speed of approximately 14 knots – something very few boats can achieve – and reached the Caribbean with enough fuel in our tanks to relaxedly enjoy our first Caribbean cruise. 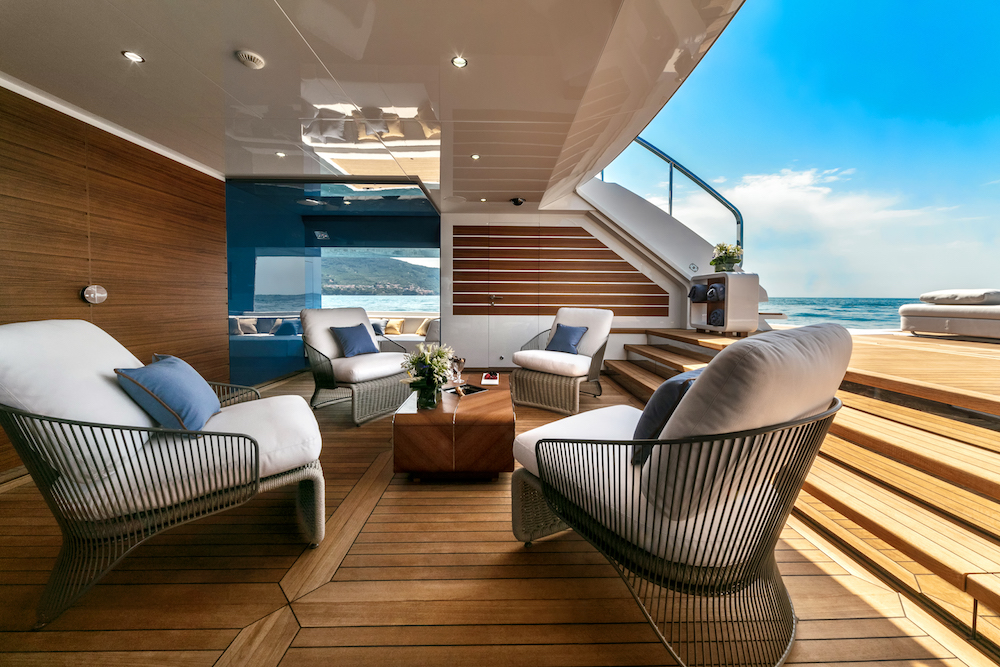 Day after day,I am increasingly proud of having helped Overmarine Mangusta’s staff during this yacht’s design and sea trials. After this great Ocean crossing, El Leon will take us on new exciting voyages across the world!” 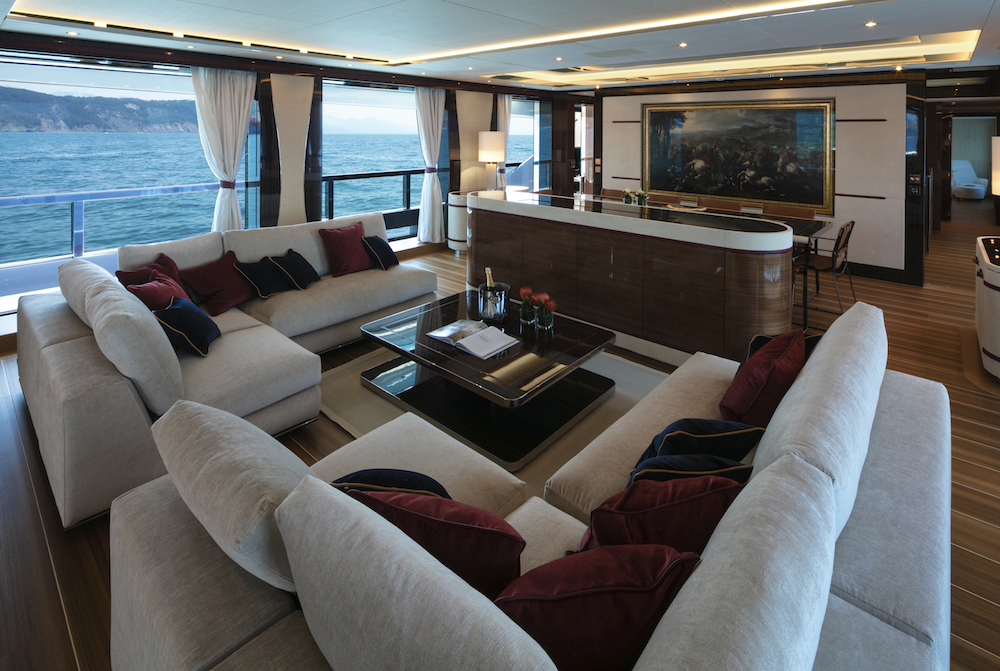 A transatlantic crossing that instates Mangusta as a key player in the ocean going vessels segment.