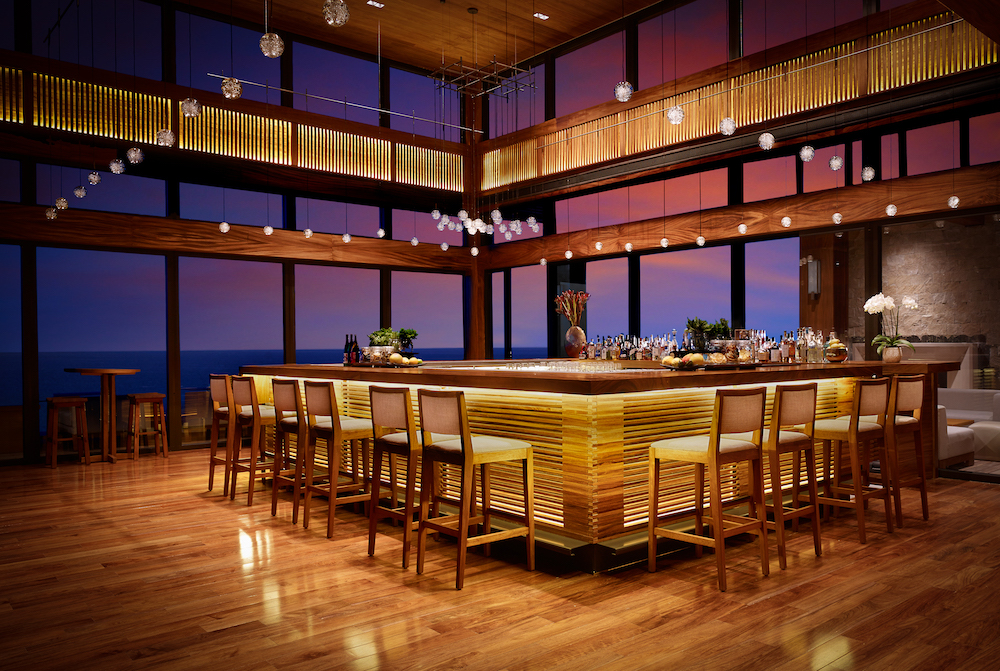 Whether it was fate or chance that arranged the meeting between legendary Japanese chef Nobu Matsuhisa and actor Robert De Niro, their shared love of good food produced the first Nobu Japanese fusion restaurant in New York’s Tribeca district in 1994.

Happily, both men also have a sixth sense when it comes to business and so that first eatery soon turned into a high-end chain.

The brand evolved in 2009 as Matsuhisa and De Niro expanded into the hotel business. Using the simple “Dine with us, stay with us” motto, they brought their signature style to projects all over the world.

The latest addition to the list is the Nobu Hotel Los Cabos in Cabo San Lucas at the southernmost tip of Baja California.

Although all of the hotels are inspired by Japanese design, they also incorporate the materials, colours and architecture of their locations to mirror the local ambience.  Now wa, the Japanese concept of harmony, has found a new home amid the white sandy beaches and cacti of Mexico.

But it is the ocean that set the tone for the exterior lines of this particular building: guests enter the hotel through a Zen-inspired entrance, a reimagining of a classic Japanese garden, and then find themselves gazing out over a glittering sea framed by a portal hewn from the same pale local stone used to trim the walls.

The interior design is by the Venice Beach-based PCH Studio and centres around soft teak and ipe wood hues as well as the interplay between light and shadow. A sense of sublime tranquillity brings movement to the interior/exterior design too.    Nobu Hotel Los Cabos has 200 guest rooms in all, ranging from standards to suites.

All have cool simple Japanese lines, wooden Onsen-style bath tubs and were decorated by local artisans. The closet doors, for instance, were inspired by the paper and wooden shoji panels using as room dividers and sliding doors in Japan.

Touches of colour and geometric artworks mixed with locally-sourced materials further enhance the sense of effortless harmony exuded by the suites and the deluxe and standard rooms alike.  The rooms with balconies and private terraces also have 65” TVs, yoga mats and Natura Bissè products in their bathrooms.

Nobu Hotel Los Cabos’ one and two-bedroomed Nobu Ocean Front Suites have large stone fireplaces and lounges separate to their dining and kitchen areas. With 4.5-metre ceiling heights and endless ocean views, they are the perfect place to retreat to after a day spent exploring bustling Cabo which is also renowned for its nightlife.

Sliding glass doors lead out on to a terrace the hugs the entire suite where the beds were designed by Simmons for Nobu and the crisp sheets are made from organic cotton.  This is where the international jet set come for spring break and adore chilling out in the Pacific Pool, the Cortez Pool, the  Infinity Pool and, of course, the Cortez Swim-up bar pool.  Aside from the regular cabanas which afford extra privacy, there are also four apartment-style super cabanas.

The WATG-designed 1,300 sqm Spa has both indoor and outdoor hydrotherapy areas with water circuits, experiential showers and Watsu treatment pools. There are restaurants and bars all over the resort too. The Nobu restaurant has a wonderfully Japanese aesthetic with gilded cherry blossoms and paper lanterns as the backdrop to Chef Nobu Matsuhisa innovative culinary genius.

The Pacific Restaurant, on the other hand, focuses on a Mexican menu using seasonal ingredients freshly picked from the Culinary Garden. Swedish chef Helene Henderson’s personal farm-to-table philosophy means that many of the ingredients are grown on-site to inspire her trainees to eat healthily and sustainably while they complete internships at the Malibu Farm organic restaurant.

By 2020, there will be 20 Nobu Hotels. “No winner believes in chance,” as Friedrich Nietszche once wrote.