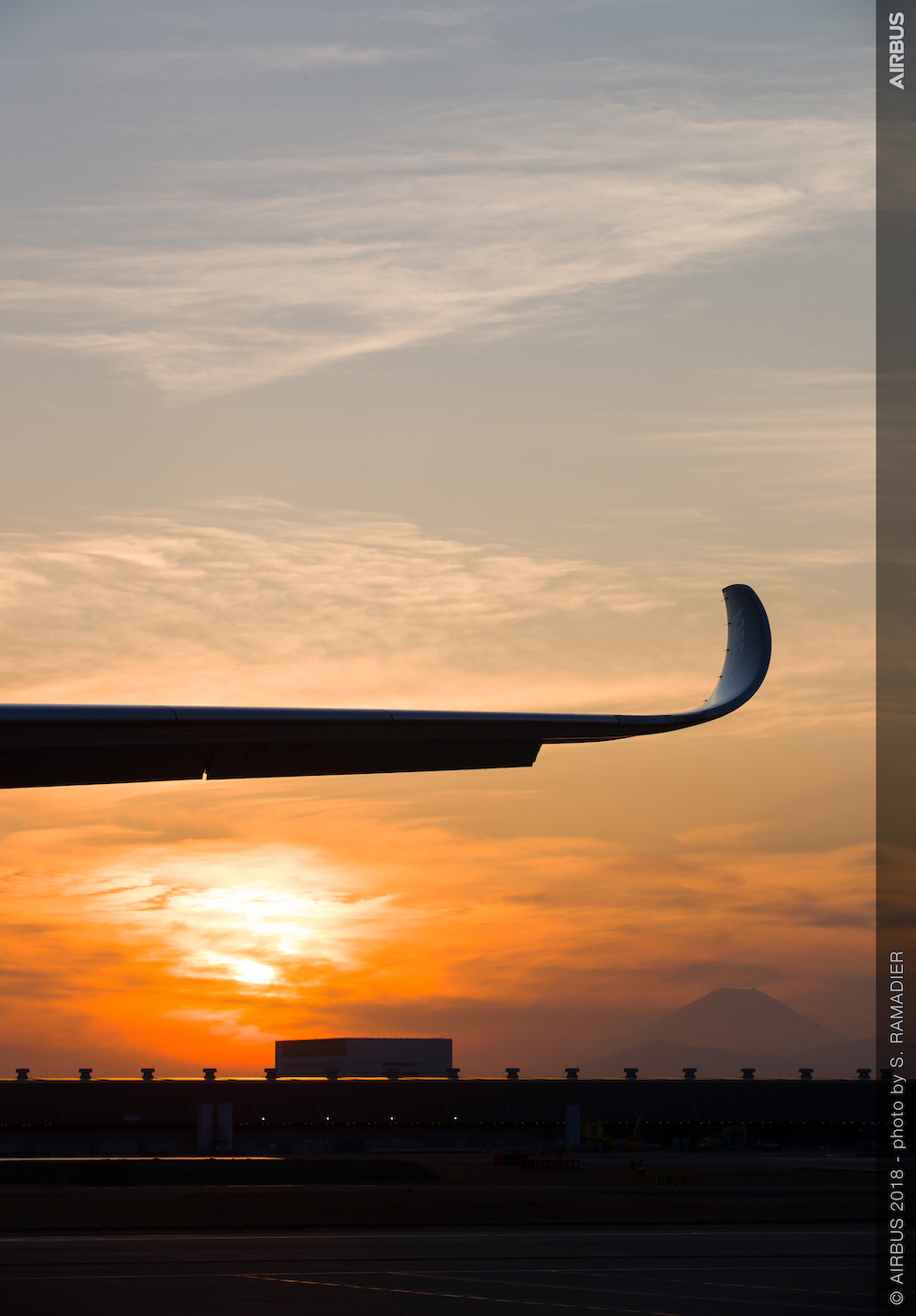 How many times have you looked out the window of an aircraft and had your eye caught by the odd appendages on the wing tips? Those little devices are known as sharklets and they have been revolutionising civil aviation for the last few years.

How so? The sharklets have their roots in the never-ending research that goes into improving aircraft performance. In fact, they boost the aerodynamic efficiency of the wing by cutting drag caused by vortexes at the tips, and thus save on fuel. This is an area in which Airbus has been something of a ground-breaker.  Its latest models display very clearly the kind of advanced technologies it has developed and is now adopting.

It is but a short step from air to sea. Efficiency-focused research has always been a part of the America’s Cup story.  There are myriad examples starting with the J-Classes Endeavour and Endeavour II, the design of which drew on Sir Thomas Octave Murdoch Sopwith’s aeronautical knowledge and saw both  yachts equipped with everything from a wind tunnel-tested jib inspired by wing profiles to wind speed and direction measuring instruments borrowed from aircraft cockpits of the day.  In 1987, the International 12-Metre Class Stars&Stripes took the Cup home thanks in part to a special skin designed by NASA to improve the aero efficiency of aircraft. It proved so successful on the water, however, that Dennis Conner’s boat absolutely smashed the opposition.

But the real leap forward came when foils burst onto the scene.  This was when the line between the world of flight and sailing completely blurred. Until a boat hits a speed of 20 knots, it is influenced by drag generated by the water it is moving through. But once it exceeds 40 knots, aerodynamics becomes the main factor. And this is where Airbus comes in. The giant European aerospace company is making its second foray into the America’s Cup, this time flanking American Magic, which will be racing in Auckland in 2021 under the burgee of the New York Yacht Club.

“The experience we built up in the previous edition of the America’s Cup with Oracle Team USA means we now have a wealth of knowledge that is turning out to be useful in developing the design of the new AC75,” says  Yves Le-Biannic head of the engineering team Airbus has dedicated to supporting American Magic in developing their boat. In the Bermudan edition of the Cup, the European aerospace giant’s influence was clear on several levels.

Not least the aeronautical approach to the control systems which controlled the wing sail, jib and appendages without compromising stability while the boat was foiling. Then, there is the whole issue of analysing and processing the huge amount of data involved. In the previous edition, Airbus tested out Micro-Electro-Mechanical-System (MEMS) technology which used electronic sensors originally designed for the wings of its new aircraft. Unsurprisingly, it proved equally efficient at supplying data on the wingsail of the American AC50. Of course, Airbus also proved a huge support in terms of both fluid-dynamics and aerodynamics.

The project looks even better in the light of the new class for this Cup. The shift from multi to monohull changes the means but not the end which is, naturally, to design and build faster boats. The focus will now be on soft sailing and, of course, the foils. “The real challenge lies not just in the ability to start foiling faster and more efficiently but also to take into account a whole series of choices that offer the best aerodynamic solution,” explains Le-Biannic. “It is essentially about finding the best possible compromise in terms of set-up and the different conditions the boat will have to tackle in the races”.

This explains why there are now six Airbus engineers working full-time for the New York Yacht Club team. It is no coincidence that American Magic chose Pensacola as its winter training base as it is less than 100 kilometres from Mobile, Alabama, where Airbus also has a base. It seems like they are on the right track too if the performance of the Mule, the 38’ boat being used for some of the tests, is anything to go by. American Magic is the only one of the seven teams taking part in the 36th America’s Cup to have built the nearest thing allowed by the new rules to the boat that will actually compete. This is an important step in honing the first AC75 which is in build on Rhode Island and should be splashing by the middle of next summer.

“When we get the right breeze direction … we can do 16 miles of sailing out of the water. It’s amazing how fast that happens,” says Terry Hutchinson, skipper and executive director of American Magic, adding: “We all know that the boat that can stay out of the water for basically the entire race and achieve 100 percent fly rate, that’s going to be a hard boat to beat. It’s nice to be laying the foundation in the early days to be figuring it out, but we also know there’s a long way to go. There’s a lot of work to do. Just because we do it here doesn’t mean it will happen straightaway in the 75-footer. It took us a while to get to this point. Without the help of Airbus, we wouldn’t be experiencing this as quickly as we have in the manner we have