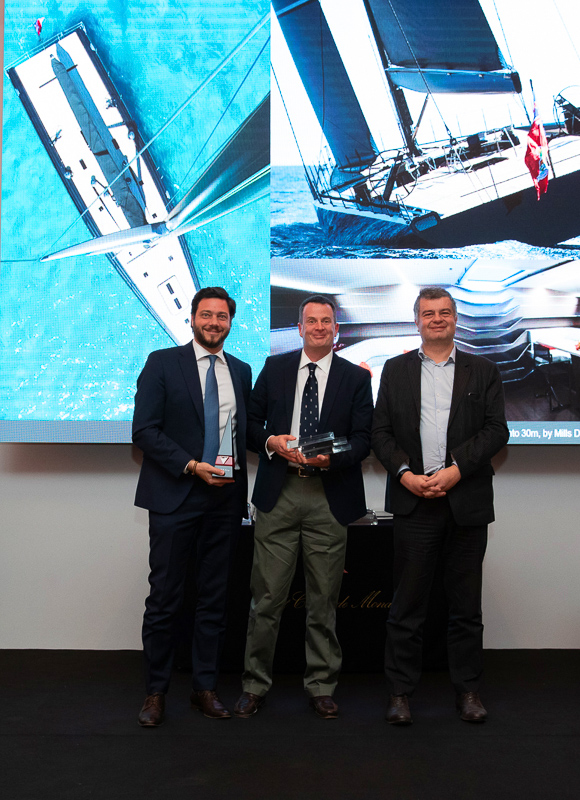 At the debut awards ceremony of the MDO.Montecarlo Prize held at the Yacht Club de Monaco on late January Wally was honoured with first place in the competition, which celebrates international excellence in innovation, technology, design and sustainability.

During the ceremony, Stefano de Vivo, Wally Managing Director, thanked the jury for bestowing its first honoured prize on the company, adding: “We are thrilled that Wally has received this highly respected award. As an integral part of the Ferretti Group, Wally represents the very best in innovation and leadership within the world of design, and is a true pioneer in yachting. Since founding the company, Luca Bassani’s unfaltering high standards and vision for Wally have elevated the brand to the highest echelons of the global design community.”

“Since Wally’s inception, we have made every effort to produce the best and most coherent products with uncompromising values and harmonised design. It is very gratifying to be recognised for the standards which we have always endeavoured to uphold at the company,” said Wally founder Luca Bassani.

These exceptional accolades prove Wally’s strong and unique reputation which has expanded its standing beyond the nautical sector. Furthermore, the great industrial, organisational and commercial capabilities of Ferretti Group will boost Wally’s unique potential even further.