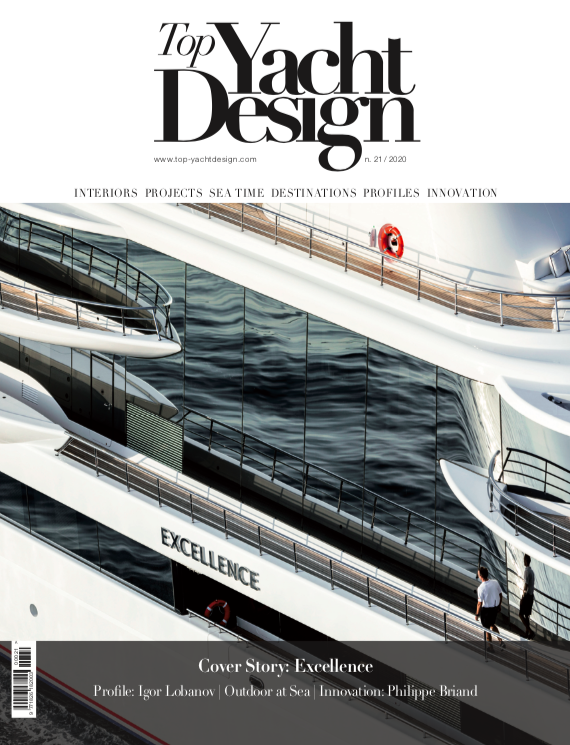 In&Out: Things will never be the same. Strong words but indicative of how much has happened in the first half of the year.  We now realise the value of simple gestures we once took entirely for granted. As we emerge after the long Covid-19-related lockdown, we are also only too aware of just how important they are. Now that we are finally getting back our freedom, we can’t help but notice how a walk in the fresh air is not so ordinary after all. Our connection with the outside world has become a central theme in design, both ashore and aboard. That said, the signs have been there for some time. The huge expanses of glass now being used to completely blur the boundaries between us and the surrounding world in city centres and on our yachts, is one. However, this approach has taken a massive leap forward thanks to the post-pandemic effect, and may accelerate still further in the future. Our connection with the outside world is not just a visual thing. It has to involve all the senses and because a real physical bond. That was our starting point for creating the Outdoor at Sea special included with this issue. In it, we talk to the leading naval architects and designers about the current sea change in design, the impact of which is becoming increasingly obvious. We have also included the best outdoor furnishing ideas, for at home and aboard.  The crossover between residential and yachting interior design is nothing new but has now moved al fresco too. For as Le Corbusier declared almost a half a century ago “Le dehors est toujours un dedans”. The outside is always an inside.