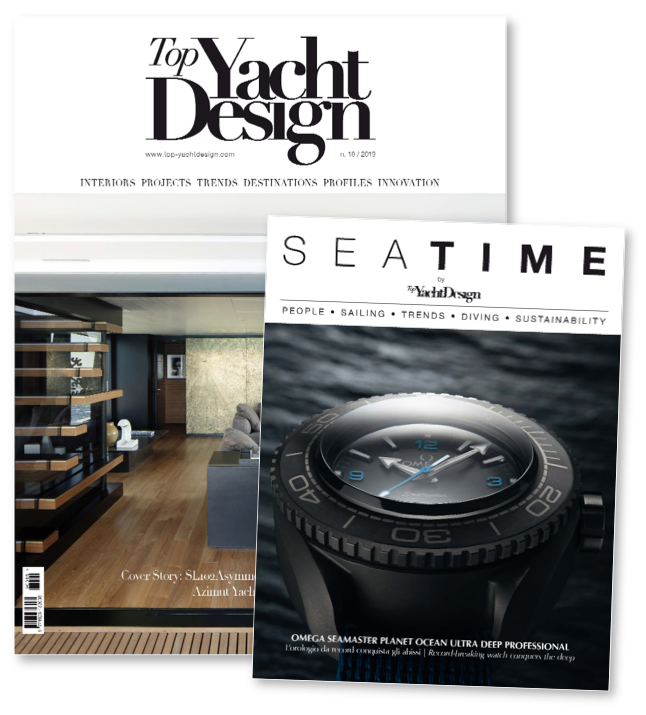 The sea has no borders. Just like the creativity and ingenuity that find it an endless source of inspiration. This has always been the case. Look at the horological world, for instance. At first sight the two sectors have little in common but on closer inspection, we realise that the sea was the first test bench for marine chronometers to establish the exact position of ships at sea and thus determine longitude.

The clock and watch world went on to benefit even further from the sea by using it as a research laboratory for what would become the first diver’s watches in the early years of the last century. Needless to say, those watches have become cult objects in their own right. Hence the idea of creating Sea Time by Top Yacht Design,a special dedicated to that very subject, which we have included with this issue. It is but a short leap of the imagination from those time machines, so to speak, to boats. And this brings into play another discipline: yacht design.  We have seen how boat platform design has undergone astonishingly rapid acceleration driven by a market clamouring for new ideas and also by the yards’ attempts to find new ways of ensuring their craft stand out from the crowd.  That process culminated for Azimut Yachts in 2019 in its 50thanniversary and we decided to dedicate a special to that milestone, by retracing the pivotal moments in the career of the Avigliana yard from a design perspective. Our way of highlighting its contribution to the Made in Italy movement which dominates the design world, both on and off the water.