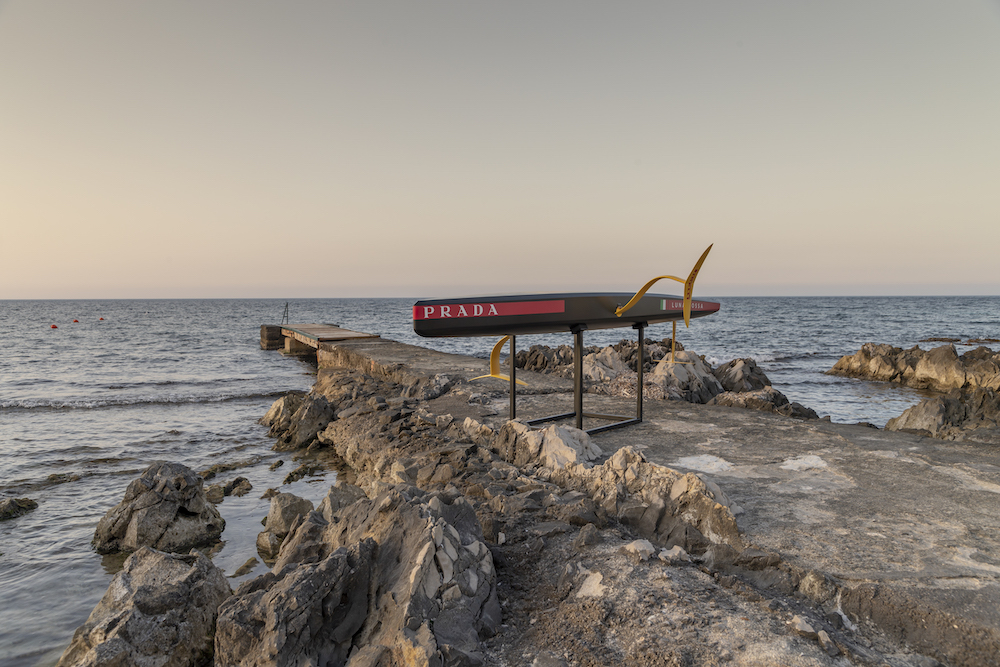 The Luna Rossa Prada Pirelli Team, Challenger for the 36th America’s Cup was presented in Palermo

This afternoon the Luna Rossa Prada Pirelli Team, challenger and Challenger of Record for the 36th America’s Cup, scheduled to take place in Auckland, New Zealand in 2021 – at the presence of the Mayor of Palermo, Leoluca Orlando – was presented at the Circolo della Vela Sicilia in Mondello.

Mr. Tronchetti Provera described the values of the partnership between Luna Rossa and Pirelli, enhanced by a technical collaboration based on Pirelli’s considerable experience in R&D in many fields (science, technology, mechanical characterization of materials and mechanical simulation) as well as his personal involvement in the 2007 America’s Cup campaign in Valencia where he was a partner of Luna Rossa’s third challenge.

Representing the Luna Rossa Prada Pirelli sailing team, together with Max Sirena – Team Director and Skipper – were Gilberto Nobili, Francesco Bruni and Vasco Vascotto, who in turn outlined the team’s programs for the next stages of the challenge.

In closing, Patrizio Bertelli announced the launch date of the AC75 Luna Rossa, scheduled to take place at the team base on Sunday August 25th 2019.

In his speech Max Sirena recounts: “The team facing this challenge has a new identity; there is a group of new generation sailors, training alongside a more experienced group. We are now full-on in our preparation and are training on a down-scale model. There is a lot of expectation and curiosity surrounding the brand new AC75 class, on which the design team has been working for over a year. But the commitment and concentration are very high in all areas of the team, whose focus is directed to a single, uppermost goal: to win!  We also strive to achieve this goal to show our appreciation to all the partners who believe in us and support our effort in this challenge: the Circolo della Vela Sicilia yacht club, now challenging with us for the third time, and also the millions of fans who support the Luna Rossa Prada Pirelli Team.”

Patrizio Bertelli, President of the Luna Rossa Prada Pirelli Team, declared: “As in all past editions, our goal is to win the America’s Cup and bring it to Italy. Since our first challenge, in 2000, we have learned a lot but also taught a lot and earned the respect of the international sailing community. In over twenty years of the team’s history, Luna Rossa has also been a school, providing opportunities for professional growth to sailors, designers and specialized technicians from all over the world. In May of 1999, when we launched ITA 45 in Punta Ala, my sons Lorenzo and Giulio were children; today, in different capacities, they are both involved in the team and in the challenge, symbolizing the generational shift introduced in this new challenge. Our goal, therefore, is not only to win the Cup, but also preserve and pass on the spirit that has distinguished this team for over twenty years.”

Marco Tronchetti Provera, vice president and CEO of Pirelli, said: “The team presented today is truly excellent and I am very happy that Pirelli is in the front seat of this all-Italian challenge. It confirms our commitment to sports at the maximum levels, where we endeavour to contribute in the best way possible. This is what we are doing with Luna Rossa in this journey towards Auckland: our engineers are working side by side with the team in Cagliari to put together solutions that will make the AC75 fly even faster”.

Agostino Randazzo, president of the Circolo della Vela Sicilia, declared: “We are very happy to be hosting today the presentation of the Luna Rossa Prada Pirelli Team at the Circolo della Vela Sicilia and are proud to represent such a prestigious team that is so well-loved by the Italians. This is not only a challenge for our yacht club but also the challenge of a nation, of Italy as a sailing nation, of the designers, the sailors and of all fans of this sport. For us this moment truly symbolizes the kick-off of the 36th America’s Cup.”