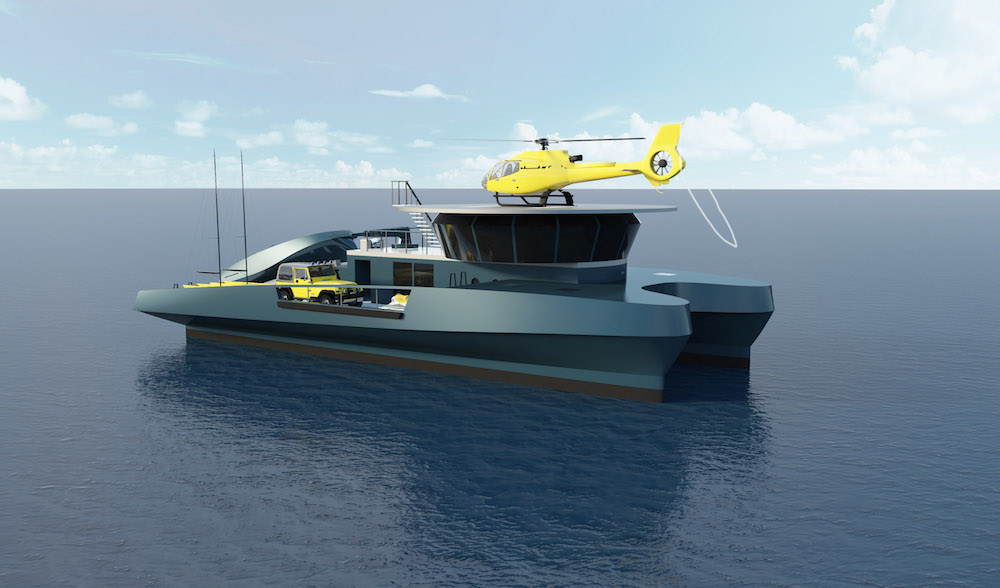 Shadow or Support Vessels (SV) are to the nautical sector what ghost-writers are to literature – essential but invisible. Derived from oil platform support craft, they service megayachts and range in size between 20 and 90 metres. What sets them apart is their enormous power and exceptionally perfect seakeeping. They’re also quietly gaining a very solid foothold in the world of yachting.  An SV’s main job is the free up the mother ship of bulky toys and helicopters and, when not being used by the crew, improve onboard comfort.  Aside from the tenders, an SV can stow anything an owner likes from sailing boats to personal submersibles, decompression chambers and even full-size gyms.

They also come with a much lower price tag than a megayacht and so it makes more financial sense to opt for an additional SV craft than extending the mother ship by a few metres. The advantages are enormous. You could have, for instance, a permanent helipad rather than a touch-and-go. SVs can also be send out as an advance party in waters deemed unsafe. They really just make life simpler. Not just because they transport your   toys, they can go ahead and have all the latter deployed by the time the mother ship arrives and then retrieve it all once she has left. There are currently three main support vessel builders: Lynx Yacht and Damen in Holland, and Piriou in France.

Lynx unveiled its first SV in September, a 20-metre and the entry level model in the YXT range which spans vessels of up to 36 metres, with 45 square metres of deck for tender stowage plus empty spaces below deck. 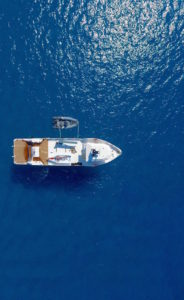 Damen has an SV-dedicated brand with 43 to 89-metre models, on which it is focusing for the future. 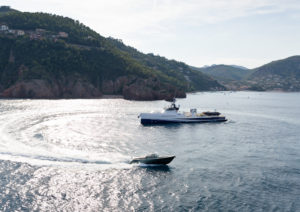 Piriou launched an SV line comprising three models of between 40 and 63 metres just last year. These are pared-back but very versatile craft but the 63-metre in particular is very good-looking and intriguingly versatile.

However, there are other yards that have mixed-purpose craft which, although they wouldn’t have the same extreme capabilities as SVs, would make quite an acceptable compromise.

Arcadia, for example, recently presented the 17.9-metre Sherpa, the open version of which has a 40 square metre cockpit and so is suitable for SV use. 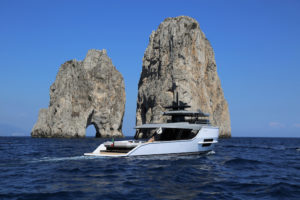 Rossinavi, for its part, unveiled the Argo. Designed by Ken Freivokh, this 48-metre revolutionises the explorer concept and reveals a distinct SV vocation. It has, for example, a custom crane that can  launch any boat or toy of up to 12 metres and then retrieve it for stowage on either of two decks. The aft end of the lower deck can even be fitted with a touch-and-go helipad. 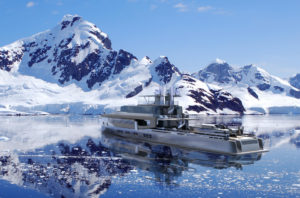 More of an explorer than a support vessel is Columbus Yacht’s Tomahawk 52 which does, however, have an enormous empty deck for tenders and toys complete with an in-your-face crane. 40 to 100-metre versions are also available. 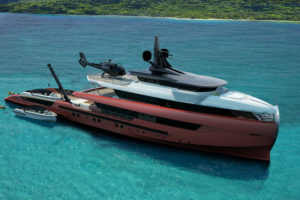 Of course, there’s hardly a yacht designer that hasn’t got an SV of their own hidden away somewhere.

Federico Santa Maria and Valentina Magnolfi, for instance, have penned the quirky, innovative Bug 30 with a wheelhouse that looks like a control tower. This striking boat has strong lines and was designed with a focus on seakeeping and safety. A SWATH (Small Waterplane Area Twin Hull) gives it superb stability too and delivers a helipad that meets LY3 standards despite the Bug’s compact size.  The only slight downside is that it partly reduces below-decks volumes. 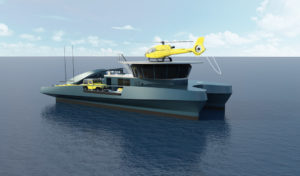 Studio Zuccon’s Shadow 44 is a little larger and despite having typical SV lines and main deck, can also be used as a pleasure craft as it has three two-berth cabins and a large day area on the main deck. The upper deck is reserved for the owner and has direct access to the helipad.

Van Geest Design joined forces with Marimecs to produce a thoroughbred 62-metre SV with captivating lines designed. It will support megayachts of 85 to 160 metres. It has over 300 square metres of deck space and is also large enough for a helicopter hangar that wouldn’t impinge on the use of the touch-and-go pad. 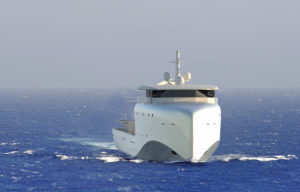 Lastly, Sergio Cutolo’s 60-metre is a futuristic take with a central tower vaguely reminiscent of the superyacht A’s and two helipads (one  aft and the other forward). 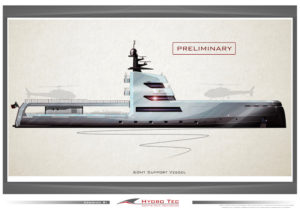