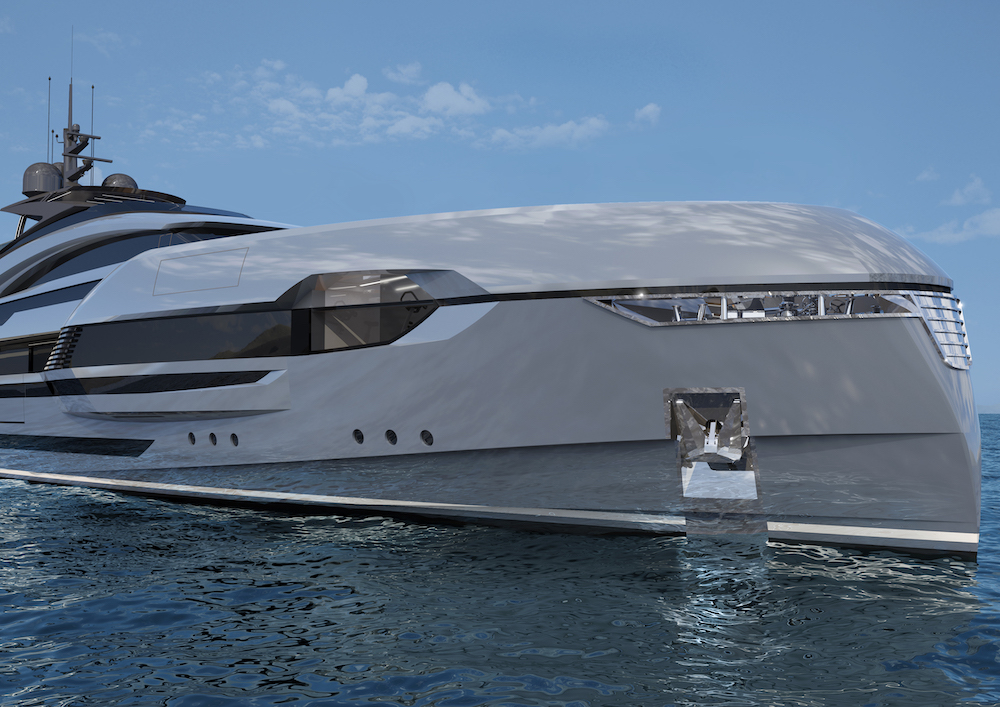 Rossinavi rocked up at this year’s Monaco Yacht Show with an intriguing new project, the Alfa 50.

This sporty 50m by Team for Design is very clearly not only named after but inspired by the Biscione car marque.  Its unusual bow grille is an almost brazen reference to the one sported by Alfa Romeo models, past and present.

The raked lines of the upper deck are also reminiscent of those of the GTV coupé, while the prominent bow harks back to the nose of the Stelvio and the stern to the tail of the 4C.

That said, Rossinavi and Enrico Gobbi’s creation is an homage to Alfa Romeo rather than copy because the Alfa 50 also features many well-defined and unusual marine features that will be hailed as a breath of fresh air for the sector.

This is a very sporty yacht but not an open because its interior volumes are so generous.

Apart from the large full-height windows we are seeing as such a leitmotif in yacht design these days, the Alfa also packs unusual touches such as a strong, intriguing stern that hides a slew of different functions.

A fold-out hatch and two side stairs mean it can convert to a beach club that is an extension of the main deck. The innovative quirk here is the angle of the hatch which, when closed, enhances the stern with surprising but attractive inverted lines.