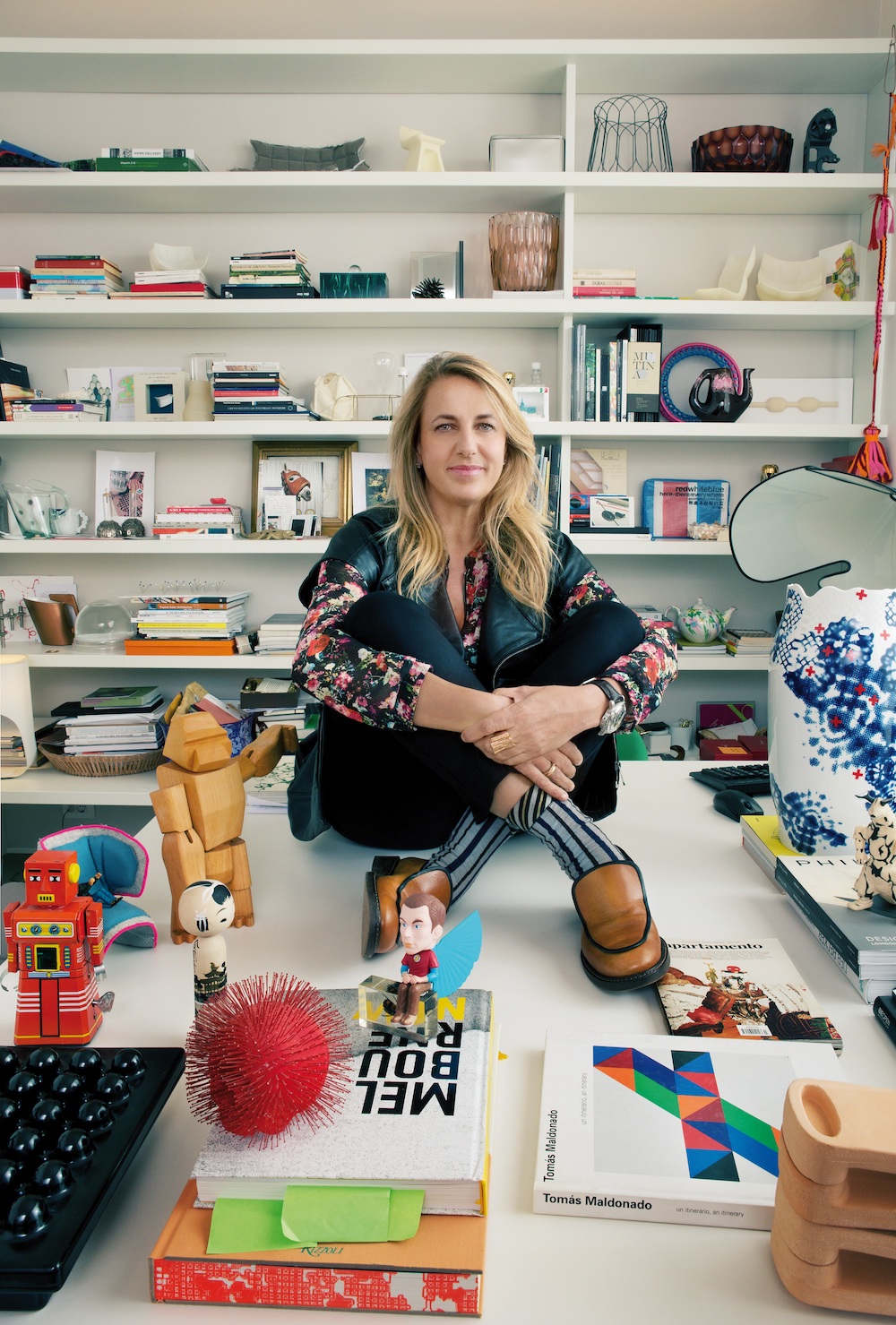 “Sometimes things happen very simply and beautifully:  you like the people that call you in and the meeting turns into an interesting job. That’s exactly what happened with Sanlorenzo”.

The words of internationally renowned architect and designer Patricia Urquiola who has made her eagerly-awaited debut in the yacht  world with the interiors of the brand-new 29-metre SD96.

And what she has produced has more than lived up to expectations. “I didn’t know Massimo Perotti but I knew that Sanlorenza worked with professionals from various different sectors and had done so with people I respect of the likes of Antonio Citterio, Piero Lissoni and  Rodolfo Dordoni. When we met, I realised there was space to rethink these floating architectures: it looked like an opportunity to reflect on a theme I had never really taken a focused look at”.   Urquiola is no stranger to contamination between different spheres. In fact, experimentation is one of the signatures of her entire approach to architecture and design.

“I always adore experimenting in a sector I have never explored before. I find it utterly fascinating to break down certain kinds of barriers and sweep aside preconceptions. I have no idea what or how much I can bring to the project when I start out, but I am certain that I can bring all of my knowledge and my curiosity to it. I always take a very humble approach with great respect for that particular branch of design. That was what I did when I first began working in outdoor furnishings. I started with Driade and then later worked with Kettel and B&B Italia. At the time, the market was not very open to anyone from outside the sector. The same applies to the ceramics world, which is more technical still. I got an “in” into that thanks to Mutina, creating a crossover that I found very rewarding.

I won’t hide the fact that I did ask myself some questions before I became involved with Sanlorenzo. I didn’t really think it was my world. I didn’t feel like yachts were my thing. So I couldn’t imagine tackling one.

With the benefit of hindsight, I have to say that that was what was so good about our conversation. It was very stimulating and we then continued it with Zuccon International Project, which penned the exteriors and with which we found several common areas. I wanted to tell them about the boat I had in mind. It is essential you click with the people that are designing the hull”.

Boats and the sea, however, have long been a huge influence in Urquiola’s life. “I have a deep bond with the sea: it’s a passion I got from my father and which I still associate with my memories of him. But my sea isn’t the Mediterranean. It’s the Cantabrico in the North of Spain which is more like an ocean. We explored it in all kinds of boats (Urquiola smiles at the memory). I particularly love its long, deserted beaches that change with the tides and where I loved walking barefoot as a little girl and being caught out by sudden showers.

Another experience that influenced me very deeply was a passage aboard a little ice-breaker to Greenland. It was a voyage of both heart and mind that touched many aspects of my personality and instilled a deep and very different connection with the sea and with nature. I pour all my experiences and emotions into my work because the different levels all cross over. Just like in the SD96, which centres around the idea of travel and transformability”.

The cross-over theme pops up again and again in this very flexible, modular design.

“We worked a lot on space, playing with the multifunctionality of the areas: small changes to the arrangement of the few furnishings can completely transform how an area is used. So we focused on thinking about living spaces and architecture in the broadest sense. We didn’t focus specifically on a boat but we didn’t ever forget either where we were. You have to broaden your focus as much as possible and then pull it back in which give you some surprising ideas. On the main deck, for instance, we didn’t want to give too much importance to the dining area as this would have taken up space. So we just designed a very light bench that runs along the wall, underscoring the big windows, and which can open up and turn into a large 10-seater table. We also rethought the stairs which I like to look on as an element that lends vertical continuity to the various levels and isn’t just a straight forward connecting element”.

Meshes that reference fishing nets, wood, marble, glass and steel are combined with natural colours of various hues that echo the ever-changing horizon beyond the windows, melding interior and exterior.

So is Urquiola content with the result? “Fortunately, I am never content but I have to say I am satisfied. There is, of course, much more that could be done – and done better. But I am already working on a second boat with Sanlorenzo that will be more than just a development of this project dimensions-wise. It is a genuine evolution. Most importantly, it get me really mixing it up in a whole new way: something I really love and which you Italians are the best at. It is your great talent. You should be proud of it”.