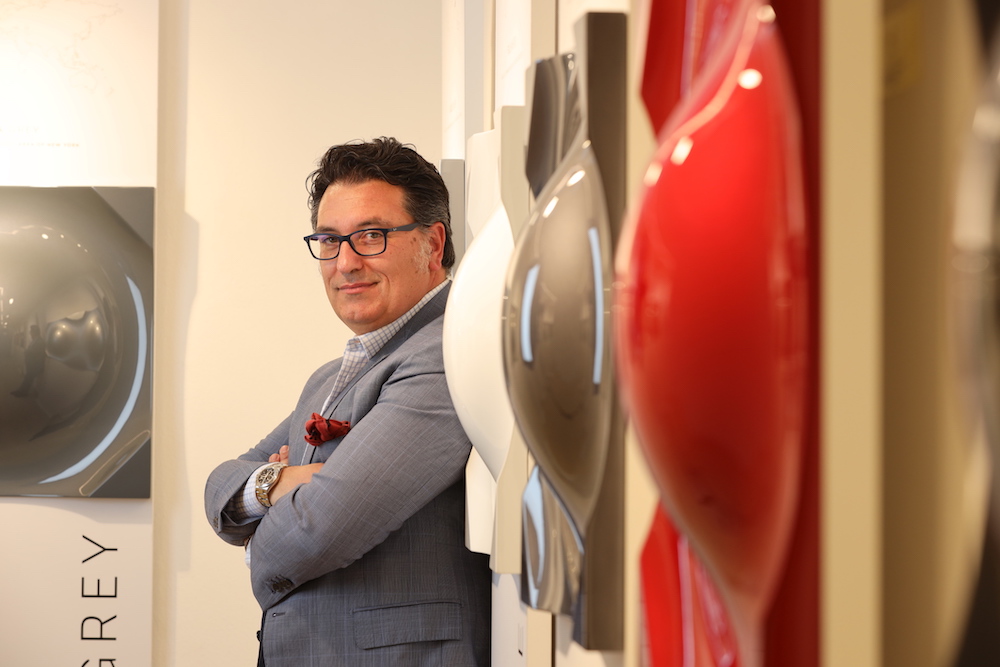 Some objects really do leave their mark. Designed for a particular function, they use an aesthetic language that makes them immune to the passing of time, eventually turning them into icons.

There are plenty of examples in the nautical, furnishing and architecture sectors. The car sector does it bit when it comes to turning out timeless classics too.  However, it is currently undergoing a radical transformation in which design will be playing an increasingly pivotal role.

The Range Rover Evoque is an important touchstone in that regard. First unveiled to the world in 2010, the model raised the SUV concept to new heights of sophisticated and style. In the intervening eight years, over 800,000 have sold worldwide. An unprecedented success story in the car world which meant a lot of reflection went into the second generation to ensure that it did not mess with that winning formula.

“Customers adore the Evoque’s compact proportions. So we kept them very similar to the original but we also lengthened the wheelbase to make it even more practical. Our approach optimised the proportions to underscore the New Evoque’s unique personality. Huge sophistication and an extraordinary character: the new Evoque is a real Range Rover,” commented Massimo Frascella, Land Rover’s Exterior Design Director.

Many design elements combine in the New Evoque to send out a very strong message. “What we wanted to do with the New Evoque was to further consolidate its integration into the Range Rover family,” he continues. “But how did we achieve that? By taking a very minimalist approach. Our research focused on defining and achieving an even more marked level of sophistication and elegance than in the previous version”.

Given the Evoque’s many signature styling cues, that looks easy enough to do on paper, but there were also plenty of pitfalls that needed avoiding. “The most complex part of the project was adding new stylistic and aesthetic features whilst keeping the car’s character essentially the same”. Mission accomplished. The most intriguing thing about this design is its ability to surprise from every angle. The result is that its profile, which is dominated by muscular wheel arches and imposing flanks communicates a sense of assertive dynamism highlighted by the rising belt line and falling roof line. Flush deployable door handles continue that sense of fluidity by keeping the bodywork surfaces incredibly clean and smooth.

The front of the car reveals Range Rover styling influences and also has a more subtle grille that melds brilliantly  with the slender LED Matrix headlight assemblies.  That aesthetic continues at the rear. There the design of the tail lights brings to mind the Velar. Details that fit together like the pieces of  a puzzle to form an even more cutting-edge design.  It confirms too that to when it comes to iconic objects, restrictions are actually a great opportunity. “Paradoxically, designers’ work becomes more meaningful when they have to take very well-defined parameters into account. You are operating within a perimeter in which industrialisation and process engineering, marketing and sales of a product are all vital requisites. Problems tend to arise when you don’t have any reference points.

That will see the project become more an artistic vision than functional to the product,” continues Frascella. “By definition design is about offering answers to needs, but it still also has to involve the emotional side”.  The success of the SUV in the car sector is mirrored by the explorer phenomenon currently sweeping the nautical sector. Different spheres but linked by a common philosophy.

“At sea, just like on the road, the theme of living a life that feels adventurous is central and exercises a fascination that is difficult to resist,” continues Frascella. “Even if nothing ever happens, knowing that the car or boat were conceived and designed to tackle the most extreme conditions in complete safety is a pivotal factor in choice”.

The future is when it will get really interesting, however. “Over the next 10/15 years, we will be seeing more change that we’ve seen in the car’s hundred-year-plus history,” explains Frascella, adding: “In this transformation process, which is being driven by electrification, the distances between architecture, car design and interior design will shrink quite considerably. Ergonomics and interior usability partly as a function of increasingly-assisted driving will be an important impetus in the creative process which see spaces rethought to improve occupant experience in the car and on the road”.

A future in which technology will play an increasingly influential role but will not impinge on design. Or not at Land Rover at least.