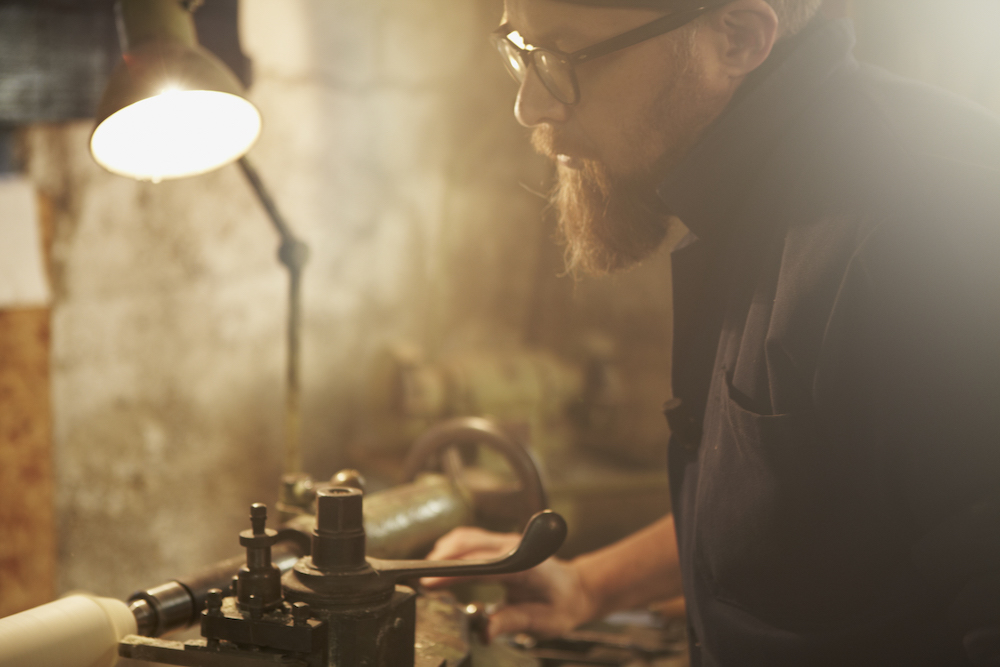 We meet in his studio in a Milan. He asks the first question and it is directed at us. “I am very curious to know why you wanted to interview me of all people for a yacht design magazine…” he says. Iacchetti is a man who combines boundless curiosity, irony, practicality, acuity and simplicity. Add in a hefty dose of culture and the question is more why wouldn’t we want to meet this person?

Giulio Iacchetti has been an industrial designer since 1992. And a very successful one at that. He has won two Golden Compasses, the first in 2001 for the Moscardino multipurpose spork set made from biodegradable Mater-bi, which he designed with Matteo Ragni for Pandora Design. The two awards are a nod to his interest in research and defining new types of objects. A further acknowledgement of that came when he was awarded the Premio dei Premi per l’Innovazione (Prize of Prizes for Innovation) by the Italian President in 2009 for the Eureka Coop project which made designer household care products available at accessible prices.

His concept of innovation is disobedience in the sense of “a stepping back from people who standstill, shackled to canons, reiterating the same ‘things’ over and over, and as a motor that drives the world forward”. That is what brought us to Iacchetti. We’re here to find out what he thinks about innovation in yacht design and the cross-contamination between different sectors.

“I’m not a supporter of all-out contamination: a yacht has to stay a yacht and not become some kind of hybrid that replicates the whole concept of what a house is,” Iacchetti stresses. “Many of the boats I see around just bore me. I find them monotonous. They’re all so alike. If I had to pick out an original, unique project that really was the product of sensible contamination, I would look to Philippe Starck’s work. My favourite boat? It has to be something simple in which form and function are clear.”

Simplicity is, of course, another concept very dear to Giulio Iacchetti’s heart. “A designer’s work is similar to a translator’s. We are there to help people understand a language they don’t know: we have to have to make things simple. But that doesn’t mean dumbing down content. It just means making them understandable and within everyone’s reach.  That’s the real revolution, in design too”.

This is also the thinking that underpins the Internoitaliano project, a group of manufacturing companies and artisan workshops that epitomise the excellence of the real Made in Italy, by producing and selling very high quality furnishing objects in the traditional way. “Where tradition is linked to the Italian verb ‘tradire’ (to be unfaithful to or betray): so those involved don’t get fossilised into archetypes and stuck in their convictions but are able to go further in the name of evolution and innovation”.