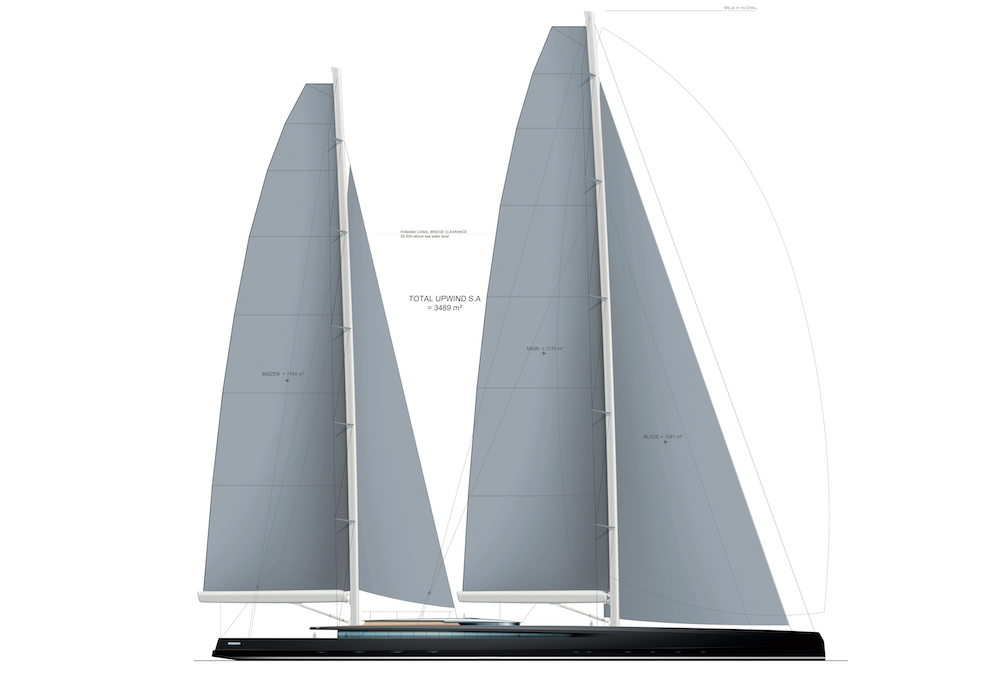 The legendary Philippe Briand has just presented the ultra-green SY300, a 90-metre ketch-rigged megasailer that, unlike many of her ilk, is a real thoroughbred that uses only wind-power to get around.

In fact, she has two underwater turbines that help her generate her own power. Preliminary data indicate that if 50% of that energy is captured at an optimal speed of 20 knots, it would be the equivalent of the output of a 500 kW generator.

As this is a Briand yacht the hull has been meticulously designed to deliver maximum performance and efficiency too, of course. The French designer also matched a  conventional two-masted sailing rig with an inverted bow as this is the most efficient choice.

Comfort and good looks are not a problem either as the SY300 is clothed in stunningly pure lines and has an incredible panoramic fly as well as a pool on each of her three decks. Although Briand has created his own interior design, owners will have huge freedom and can go their own way in that regard.