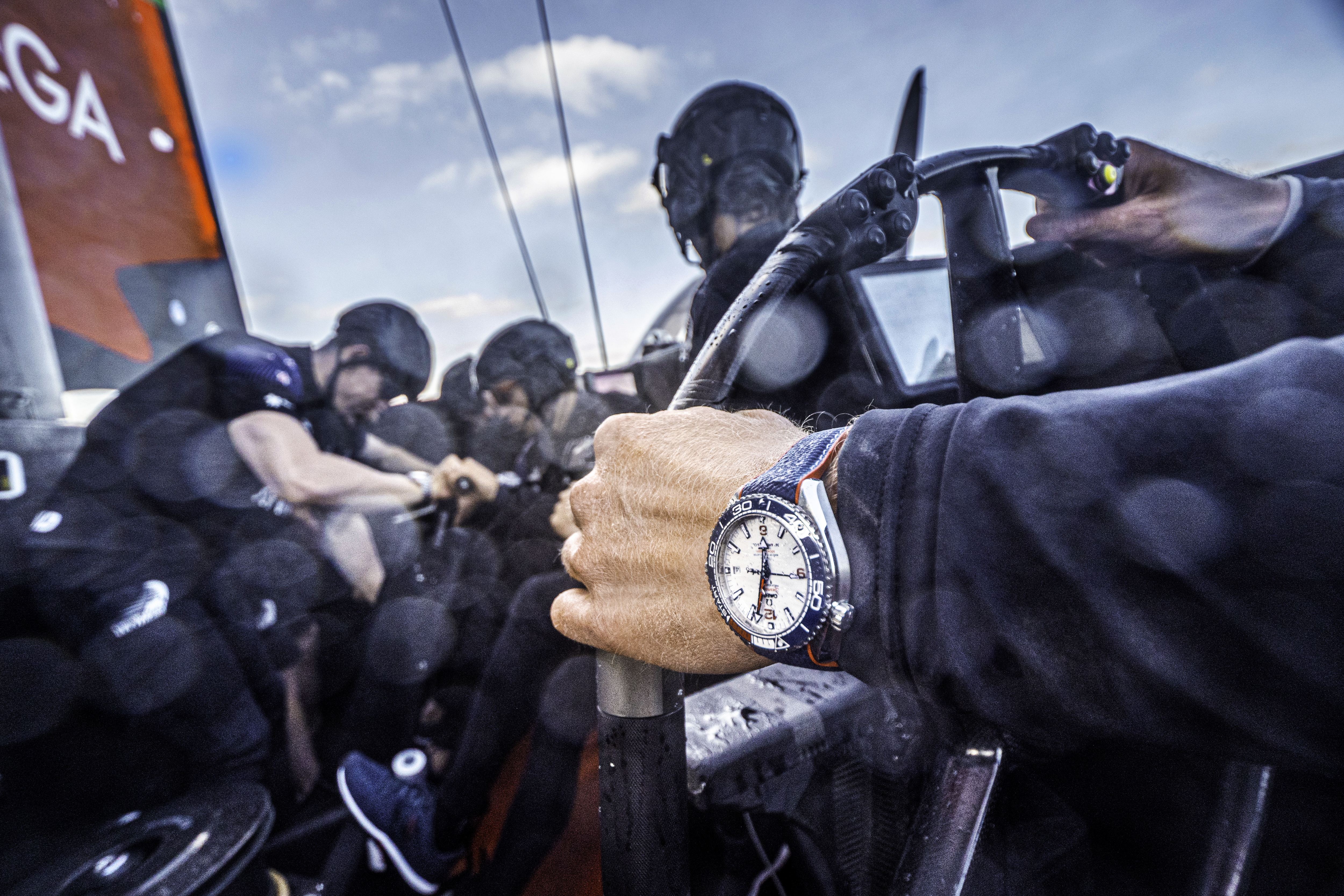 From plumbing the abyss to blisteringly fast competitive sailing. In addition to flanking Emirates Team New Zealand, Omega has hit the headlines as the Official Timekeeper of the 36th America’s Cup.

This latest honour further deepens the Bienne maison and its products’ abiding connection to the sea. As Omega CEO and president, Raynald Aeschlimann, tell our readers in this interview.

The Maison has a long-standing sailing partnership with Team New Zealand. How did it begin?
The partnership really began thanks to the passion of Sir Peter Blake, the leader of Team New Zealand back in 1995. His excellence in sailing and his commitment to the oceans really matched OMEGA’s values. We formed a strong friendship with Peter and were proud to support his team. We are still inspired by his legacy and conservation work.

Omega is also official timekeeper of the 2021 America’s Cup, following on from 2000 and 2003….
Again, it’s down to our partnership with Emirates Team New Zealand. Because they won in 2017 and are now the Defender, they will be hosting the 2021 event. Of course, they want to have the best possible people supporting them, and OMEGA was really the obvious choice as Official Timekeeper. It’s absolutely our pleasure to take the role and we can’t wait to be a part of it.

What values does the America’s Cup share with the Omega brand?
Firstly, it’s the oldest international sporting trophy in the world. So it has heritage and a genuinely pioneering spirit. Our company was founded in 1848, around the same time as the trophy. We love its history, but also its ability to evolve and work with new technologies. Always adapting. Always improving. I think that story is similar to OMEGA’s. Finally, the America’s Cup is simply a spectacular event to watch. There is so much drama and joy – I personally found watching ETNZ win in 2017 very memorable.

Will there be other America’s Cup references in addition to the limited edition presented at the announcement?
We’re positioning this Planet Ocean model as our one-of-a-kind timepiece for the America’s Cup. It’s a great watch and we already have huge interest from fans. There are no plans for another this year, but we will be constantly developing our ocean-inspired collections!

Last year was the 50th anniversary of the Moon Landing, and 2019 also saw mankind reaching the deepest point of the Ocean. Omega was present on both occasions. What is the significance of that feat?
Omega is a leader. We always have been. And these moments in history are a perfect example of that. It tells you a lot about our ambition and our excellence. Furthermore, it says a lot about the quality of our watches. We were chosen by NASA because our Speedmaster was the only watch that could handle the extreme conditions of space travel. And last year we built a watch that could handle the most crushing ocean pressures on Earth. This is not marketing. It’s real watchmaking skill.

Will the technical solutions tested on the Omega Seamaster Planet Ocean Ultra Deep Professional appear in future Seamaster Diver 300M collections?
We certainly learned a lot during the Ultra Deep project. Working with submarine designers and engineering experts really advanced our knowledge. Of course, some of the Ultra Deep technology is not necessary for a standard dive watch. Nobody scuba dives that far. It was really about challenging ourselves and testing our own watchmaking limits. But in terms of our understanding and development, it’s definitely possible that some of the principles and ideas may be used in other watches one day.

Is the ocean still a great R&D lab? What are the Maison’s most important timepieces for sea lovers?
The ocean will always be a place to learn more. Not just for watchmaking, but humanity itself. Today, we have state-of-the-art facilities to test materials and technologies – but we will always rely on the ocean for the final proof. As you saw with the Ultra Deep story! The Seamaster 300 in 1957 was an important step in our diving watch story. That model is still popular today. And of course, the first Seamaster Diver 300M in 1993 was a revolutionary design. Finally, the Planet Ocean is a modern classic, and the most recent ceramic models are some of our most sought-after watches.

Technical aspects aside, what else turned the Seamaster into an icon?
I always describe the Seamaster as the “perfect all-rounder”. In other words, it’s always been a watch you can wear to the office or even for an ocean adventure, so it has attracted a diverse following of fans. Also, there have been so many Seamaster styles! It’s a collection that has evolved, experimenting with new materials, introducing unique ideas, and I think that has established it as a bold exciting choice.

The Seamaster Diver 300M plays a major role in the new James Bond movie. It’s a relationship celebrating its 25th anniversary. Is this an important milestone?
It’s a very special milestone, and a partnership we love to celebrate. In fact, James Bond is now one of the most important pillars of our brand, and something that many people associate us with. It promotes our values of style, sophistication, adventure and excellence. But it’s also just really fun! There is so much creativity working on the 007 projects, and the fact we have been doing it for 25 years shows that both sides really enjoy working together.