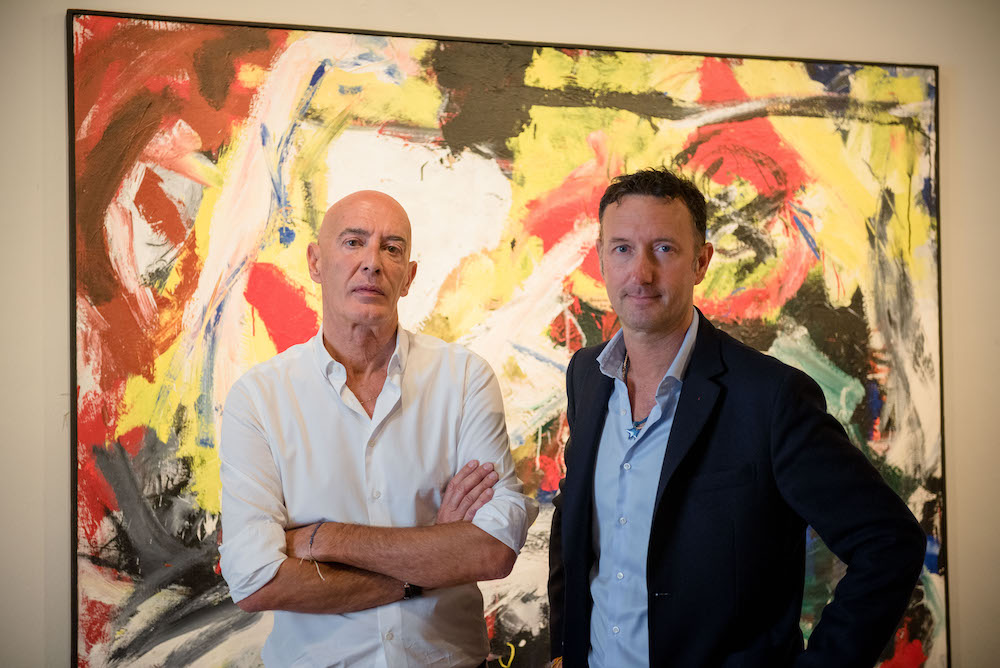 A six-month working break in the US with exhibitions and international meet-ups mixed in for good measure. Lots of new stimulus for a design studio that has been flying the flag high for Italian style for a quarter of a century with its Riva designs

Officina Italiana Design founders Mauro Micheli and Sergio Beretta travelled to the US at the end of January where they base themselves at the Ferretti Group offices until May. On this occasion, they brought with them two designers from their team, Laura Avogadri and Andrea Catucci, the latter a new arrival in the studio.

OID has been nurturing and evolving the Riva design tradition for over 25 years.  The time spent in Miami will provide a welcome break from ordinary life and provide new stimulus and ideas. OID has had a close working relationship with the famous Riva yard brand since 1994 and continuing its century-old tradition, has created new design cues that ensure those glorious boats remain icons of elegance, status and perfection. Peerless ambassadors for Made in Italy across the globe, in other words.

We asked the OID founders 10 questions to find out what moving across the Atlantic and working outside their natural environment means.

Why did you move to Miami?
SB: First and foremost to see new things and open up our minds because there is such an international atmosphere there and a lot of big American and other clients. It is also a way of keeping close to a market that is quite different from the European one.  Americans are much more practical. Boats aren’t as much about showing off to them. Rather they use them to have fun and as a means of getting around. The Hamptons, where there is a lot of wealth, is the perfect setting for Rivas.  And then, let’s be frank: the move is also a way of recharging our batteries in this very pleasant climate. Sun and sea really lift our mood and give us great energy.

But why does a studio based in Italy, which is the home of great design, feel the need to go to the US for stimulation?
M.M. In Italy, we are surrounded by beauty. Even the tiniest little village will have a church with magnificent works of art: a painting by Correggio or Piero della Francesca. It may seem absurd but in a certain kind of way all these marvellous things can weigh down your brain….there is none of that in Miami. There’s just sun and sea. You are  more open to emptying your mind – and that includes of beauty – to start again from scratch.

There are plenty of museums and exhibitions in Miami and other American cities, that you frequent very reqularly….
M.M. True. There is a lot of contemporary art in Miami….and we find that extremely stimulating. Art, both classic and contemporary, plays a major role in our creative process. We find it a great resource in terms of balance. When we are spending time in the US, we always visit museums and collections. This time we are following Tony Lewis, Shahryar Nashat, Nairy Baghramian and Alicia Kwade, for example.

How many are on the team going out there and why?
M.M. We are convinced that spending time in Miami is good for everyone and so we give all the designers in the studio the chance to do so. It isn’t compulsory though – it has to be a pleasure, a harbinger of experiences! This year, we two are being joined by Laura Avogadri, who has been with us since the start of this American adventure (we are in our sixth year now) and with whom we get along excellently, and Andrea Catucci. Andrea joined our team last year. He is a very important individual and we interact on a daily basis. He is a very skilled designer and started out in nautical design in 2003 working for big Italian yards. He really is an  all-round support to me in the studio…

Just by chance you are going to the States just when the Miami Boat Show is opening. What does the latter event mean to you?
S.B. It is a great time of comparison and very stimulating, It really enriches our time in the US.

Were the latest Rivas you have designed influenced by this positive impetus?
S.B. Certainly, we did the first sketches and got our first ideas here for the new Riva 130 which was announced at a press conference during the Miami Show. It is very much in the Riva tradition. Even though it is a 40m, the styling cues are all there. It slots into a series of yacht that includes the 90’Argo, the 100’ Corsaro and the 110’ Dolcevita.

What do you find most stimulating about Miami from a design perspective?
M.M. The art most definitely, and design in general. But cars too. We boat designers look to car design a lot. Here in America, there are some very anonymous cars about with design cues and styling features a European designer would never use. But that too is stimulating – even debatable lines can spark new ideas.

Was the 50m Race designed in Italy or the US?
M.M. The Riva 50m was absolutely designed in Italy.  It was a boat that was very close to my heart and so I suggested it to the Ferretti Design Committee. I wanted to do something different, to simplify its forms as much as I could to make it different from the current trends. It is not an easy boat: it was designed to stand out from the crowd, from what other yards are doing. It is a genuine Navetta. So it is nice to know that the second one has already been sold…

Everyone loved the lines and it also won the “Outstanding Exterior Motor Yacht” category at the 2020 Design & Innovation Awards in Cortina D’Ampezzo recently.
S.B. We found out just after we landed in Miami. The news just filled us with pride. We believe that the Race is a genuinely elegant yacht with lots of detailing underscored by the finest materials and best construction quality. It is a yacht with personality. A yacht for connoisseurs.

Any plans for the future?
M.M. We have just announced the new Folgore which is just under 90 ft and will replace the  Domino, a very successful model launched in 2009 right in the middle of the financial crisis. Folgore picks up the baton from it but has lots of added value. You will see it soon….There are also other new projects in the pipeline that I can’t talk about yet. But we can tell you that Alberto Galassi asked us to try to create an ‘quirky’ boat recently. Clearly he meant in a positive way: a boat that is a departure from the Riva tradition. It is new and stimulating – fun! When it is ready, we will let you see it. Who knows: may it will be built and we will be able to say that it started out here in Miami!