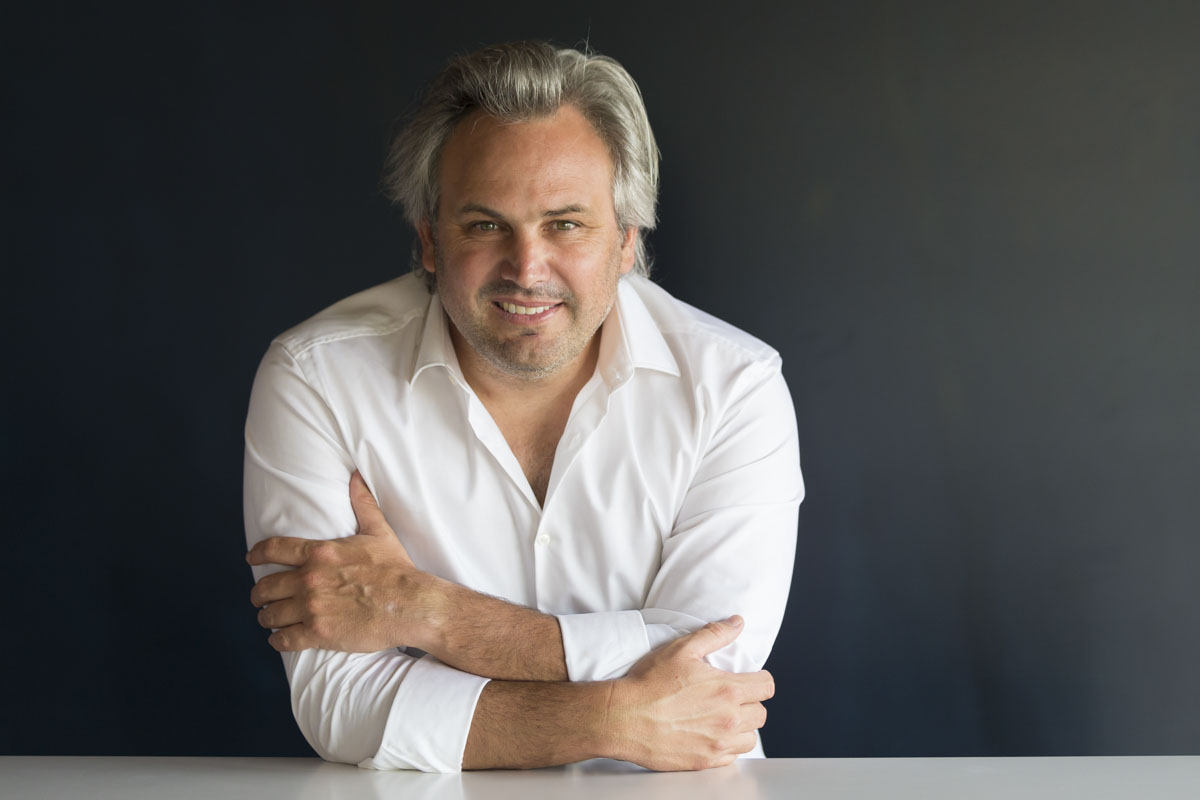 In 1999, his international debut design shook the world’s leading international offshore race, the Admiral’s Cup, to its core.
When faced with the radical and very fast Krazy K-Yote Two, the sailing establishment rebelled and hobbled her rating. But the young gun with the unpronounceable surname name was here to stay.

Now known simply as Juan K, his boats have won three Volvo Ocean Races, two Olympic golds, seven world titles, and set nine records.  The Argentinean has also worked on six America’s Cup challenges. “Passion is what drove me to become a designer,” says 48-year-old Juan Kouyoumgjian. “I started out in the Optimist, took a brief detour into golf. But by 17, I was back into boats with Mani Frers, the son of Germán who is also the designer that influenced me most”. A degree from Southampton was capped off by a spell with Philippe Briand before Juan K opened his own studio in La Rochelle, France, in 1997. “My first boat was an eight-metre. A day sailer. Then I go the commission for a 50’ for the Admiral’s Cup that was built by Goetz shipyard”.

That was Krazy K-Yote Two. What made her revolutionary?
The Admiral’s Cup was quite a world championship for national teams with three kinds of boat each: small, medium and large. Krazy K-Yote Two was the French team’s big one. The mast had no shrouds. It could twist and torque (an unprecedented forerunner of the modern wingmasts not covered by the International Measurement System which assigned handicaps at that time. So essentially Juan K found a gap in the rules, ed.’s note). She was podium-competitive in real-time and had a very advantageous handicap. So, in adjusted time, which was what counted for the classification, Krazy K-Yote Two won with minutes to spare. That did not go down well. Krazy K-Yote Two’s handicap was increased and the owner withdrew her from the event in protest.

What has changed in the design world in the interim?
There are many different categories in sailing. Olympic sailing is focused on One Designs built by a single builder. It’s impossible to slot in design elements that will improve performance. So I don’t think we’ll be having any more champions like Paul Elvstrøm who revolutionised some classes. The America’s Cup has shifted away from boats like the ones used for Valencia 2007 to crazy flying machines which I would call hybrids. There is huge technological development in offshore, however.  I have worked on both the Volvo Ocean Race and IMOCA, currently the most interesting class in yacht design.

Is there any difference between the designing you did for the Star and Finn Olympic and the VOR craft? (Juan K’s Star took gold at Beijing 2008 and the Finn he developed gold, silver and bronze at Rio 2012, ed.’s note).

I don’t think it’s different. Designing is always a challenge, an intellectual exercise. The only thing is there is no financial reward for the Olympics. And if you get it wrong, you will do yourself immense professional damage. But I like it.

The project has to be very intuitive. You need to interact with the sailor that will be using the boat. Introducing innovations was fascinating.

Do you use the same approach even for such different designs? Generally speaking, my approach starts from the physical data. But you need great mental openness to solve problems. Technology – computers – can help with simulations but I don’t think you could even entertain the idea of a computer-generated boat.

Do you think foils are the future for sailing?
I don’t think that all top-down innovations from the likes of the America’s Cup or IMOCA will have a direct impact on everyday boats, cruising craft, partly because they are designed for light yachts. What is happening in the America’s Cup will probably only make the jump to IMOCA.

What projects are you working on at the moment?
We are working on two different solo IMOCA projects and also on designs for The Ocean Race, formerly the Volvo Ocean Race. Craft very similar to the IMOCAs.  Then there is the design for a 125’ for Nautor’s Swan and a 22-metre too (Juan K. also penned the SwanClub 50 and 36, ed.’s note)

What boat best epitomises your work?
ABN Amro I. She won the Volvo Ocean Race 2005-2006 three rounds in advance. But there was a lot of hesitation at the start. She was very different from the Bruce Farr boats which had dominated the scene until then. She had twin rudders, for instance.  Plus I had a very close relationship with the team. It’s a project I’m very fond of.