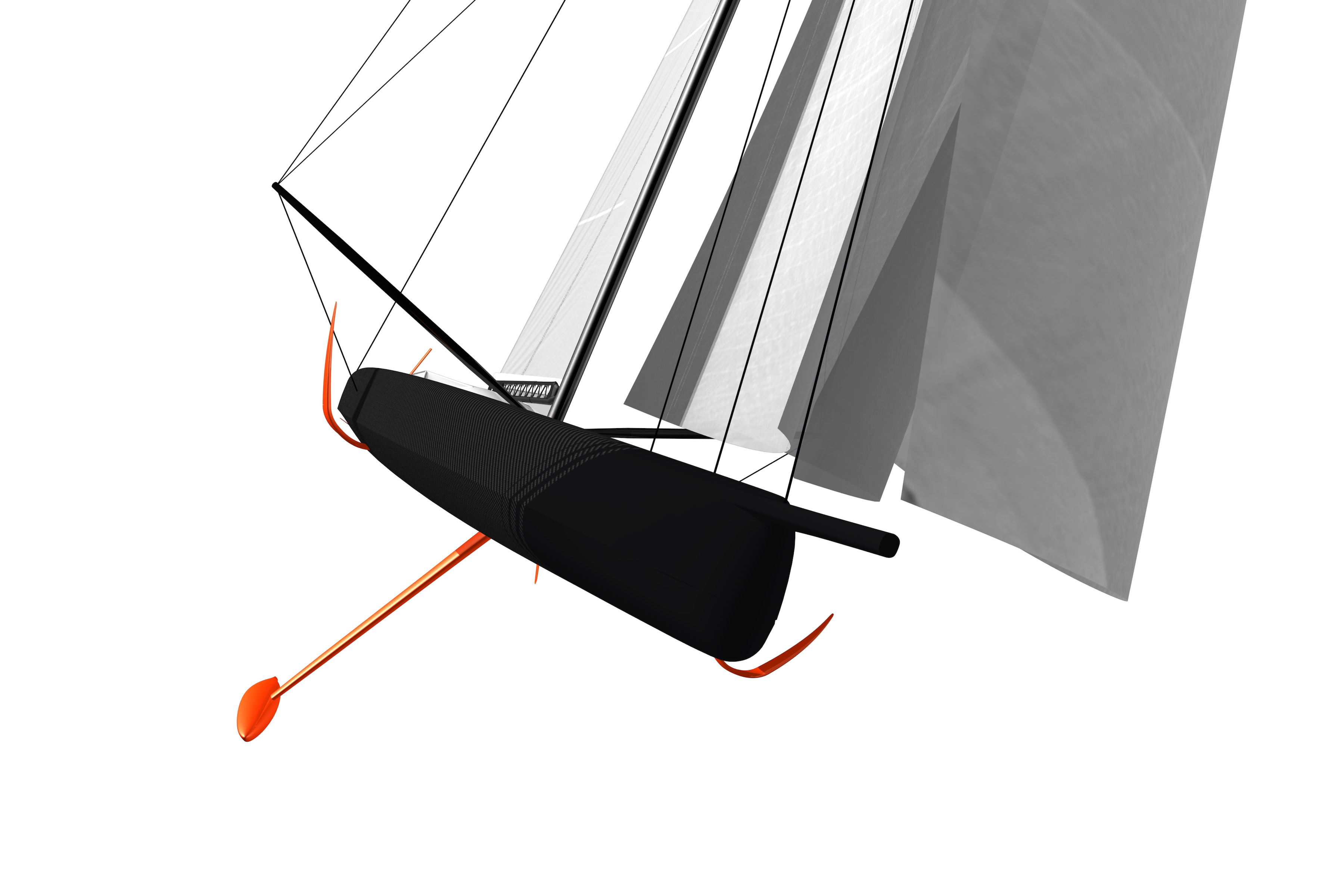 A partnership agreement has been made with the International Monohull Open Class Association (IMOCA), which provides the exclusivity to use the IMOCA 60 for crewed round the world yacht races.

Last week, during the finish of the Volvo Ocean Race in The Hague, an Educational Session for interested parties was held around the IMOCA Class Rules. 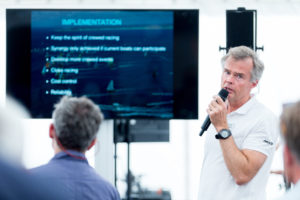 The Hague Stopover. Information session about IMOCA partnership at The Hague. 28 June, 2018.

Sailors from the most recent Volvo Ocean Race and IMOCA events, along with yacht designers currently involved in construction of new IMOCA Class boats such as Guillaume Verdier and Juan Kouyoumdjian, came to The Hague to brainstorm around the changes. 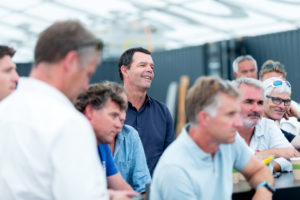 The Hague Stopover. Information session about IMOCA partnership at The Hague. 28 June, 2018.

“This is a first step of many in preparing for the next edition of the race in 2021,” said Johan Salen, co-President of the race. “There is an ongoing co-operation process to put in place the elements we need to make the next race a success from a sporting and business point of view.

“This is a complex matter with many perspectives, and we are respectfully welcoming continuous input from all key stakeholders, from World Sailing to individual sailors, teams and partners. We are confident that this is the right way forward.”

“Moving the race into foiling monohulls under the IMOCA class will motivate more sailors, teams and the wider marine industry to prepare for the next edition. Partnering with the existing IMOCA infrastructure means the professional offshore sailing calendar becomes more unified and efficient, this helps the sport as a whole and helps to build a sustainable business model for teams and sailors.” 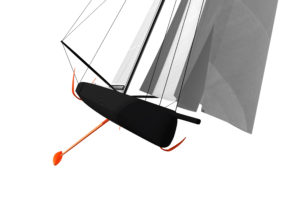 Rendering of a possible future design for the race.

“This agreement provides IMOCA owners and sailors with access to the premiere fully crewed offshore race in the world, which is also a great storytelling platform,” said Antoine Mermod, President of IMOCA.

“As we work together to bring the most important offshore races in the world – short-handed and fully crewed – to the IMOCA class boats, it will allow us to grow the class internationally and offer more value to our stakeholders.”

The move to include IMOCA boats will ensure the race continues to be at the forefront of yacht design and technology while challenging the best sailors in the world in a fully-crewed, offshore environment.

A joint committee is being formed to draft a specific section of the Class Rules for Crewed IMOCA 60, respecting the spirit and intent of the partnership, which includes cost control, security and sporting fairness. 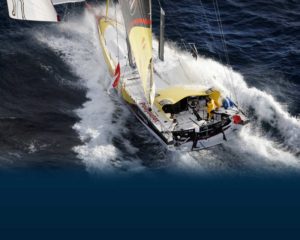 The rule relating to crew numbers on board the IMOCA class in the next race is among the items under consideration, with the goal of retaining an On Board Reporter role.

The latest Volvo Ocean Race concluded this past weekend having seen the closest racing in the 45-year history of the event. Three teams started the final leg with an opportunity to win the overall race title. With less than 10 miles left in the 45,000 nautical mile, 11-leg race, the outcome was still in doubt, until Charles Caudrelier’s Dongfeng Race Team finally slipped ahead of their rivals to secure a thrilling victory off The Hague.

“This change is very exciting,” Caudrelier said after receiving a briefing on the changes. “The Open 60s are just amazing boats. I really enjoy sailing on these boats and I think when people see it, they will enjoy it. If the two best offshore races in the world are going to join the same class, to me it’s good news.”

“I think as a sailor, this is very exciting,” said Bouwe Bekking, a veteran of eight Volvo Ocean and Whitbread Round the World races. “For the younger generation of sailors, they’re all about foiling and surfing and going fast and you have to get the best sailors involved in the race. With the Open 60s, they’ve nailed it, because this is what the sailors want.” 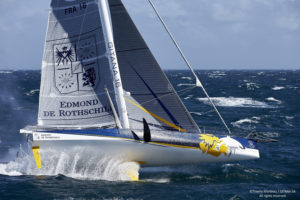 “Of course there are some hurdles to negotiate,” said Torben Grael, Olympic champion and a Volvo Ocean Race winning skipper as well as a Vice-President of World Sailing.

“But if we manage to join the two worlds together then it will be positive as it opens the race to many new sailors to join and creates a much bigger calendar of events for the teams racing in Open 60s.”

The partnership means the leading designers in offshore sailing will be engaged in the next edition of the race with the goal of producing the fastest fully-crewed offshore round the world racing monohull in history.

“Yachting is a sport that isn’t only about the crew, but it’s also about the equipment, so combining the two elements is what allows you to say you are at the pinnacle of offshore racing,” said Juan Kouyoumdjian, who has designed three Volvo Ocean Race winning boats in the past.

“I think it is a very positive step forward. The future will allow for the sailors and designers to push to the next level which will inevitably trickle down to other classes.”

“We’re trying to make a boat for the future that is capable of doing both short-handed and fully-crewed races,” said Guillaume Verdier, among of the busiest of the current IMOCA class and America’s Cup designers. “My opinion is that it is doable with a bit of compromise from both worlds to meet in the middle.”

The partnership with IMOCA will also ensure that the boats will allow for the production of cutting-edge media, as was the case on the current edition of the Volvo Ocean Race. 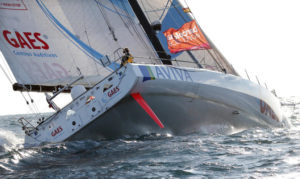 Live access to the boats while they were racing in some of the most remote oceans of the world, as well as drone footage and media produced by on-board reporters made for ground-breaking coverage that produced record fan engagement.

This remains an important priority for the next race.

As does crew diversity. The 2017-18 Volvo Ocean Race featured 23 female sailors as well as 30 sailors under the age of 30. Both were records for the race. This is a trend to be encouraged for the future.

“The process is just starting,” said Nick Bice, who is leading the project to develop the Open 60 rule for the next race. “We’ve had four of the current IMOCA designers with us to help us understand the issues we’re going to face.

“We’ll forward everyone’s input to the joint committee and get started on developing the rules that will be used for Open 60s to participate in the next race. Our goal is to have this ready to go by the end of the year.”

The future of the VO65 class of boats, used in the last two editions of the race, will be revealed in the coming weeks.