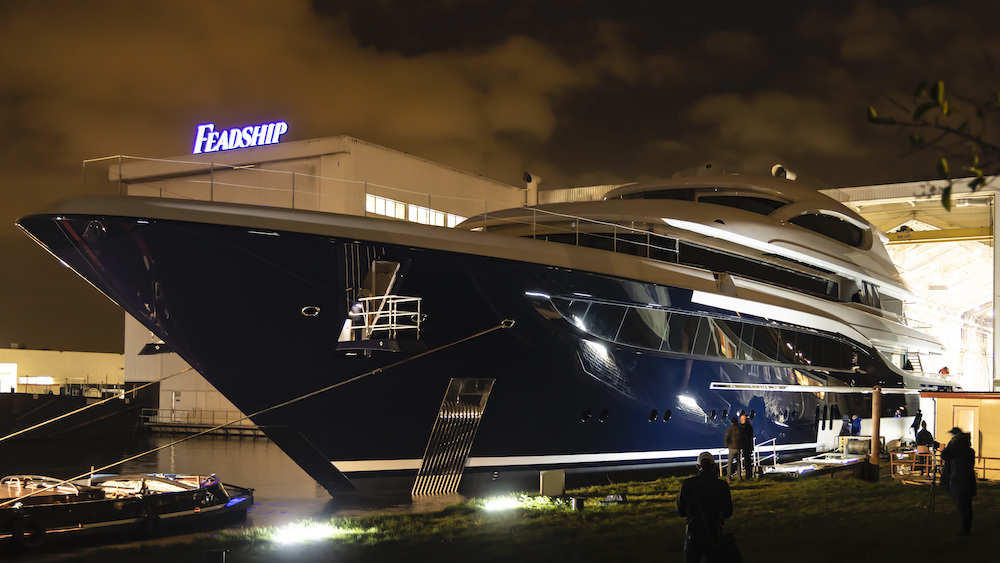 Feadship fans have been treated to an early glimpse of a superb new Feadship that is due to be officially launched in a few weeks’ time. The name of the 72.85-metre
Project 705 will only be revealed at that ceremony but we can already see that the Feadship fleet is going to gain another outstanding example of pure custom design, craftsmanship and engineering.

Project 705 was commissioned by a repeat client who has built with Feadship before and was delighted with both the experience of creating a Feadship as well as the many years of enjoyment that have followed.

As she slowly appeared from the construction hall at the yard in Aalsmeer, onlooker eyes were instantly drawn to the beautiful combination of a dark blue hull, white superstructure and a continuous band of glass which is flush to the exterior. Striking glass railings with a teak cap rail offered another visual treat, along with a wealth of stainless steel and high gloss eucalyptus details.