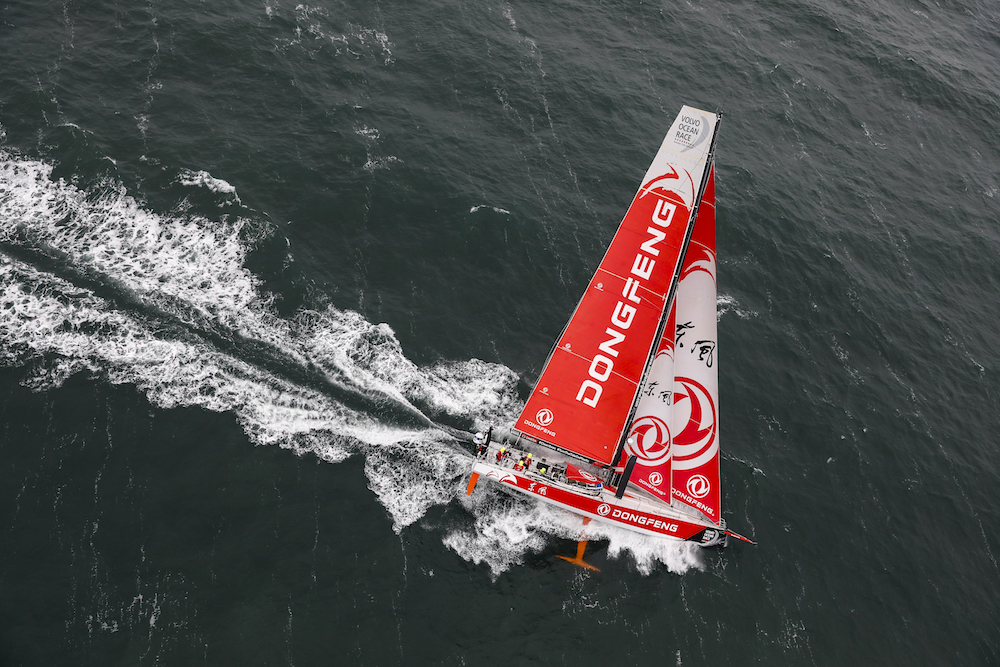 In the closest finish in race history, Dongfeng Race Team has won the Volvo Ocean Race 2017-18.

Skipper Charles Caudrelier led his team to victory in the final leg of the race, a 970-mile sprint from Gothenburg, Sweden to The Hague. 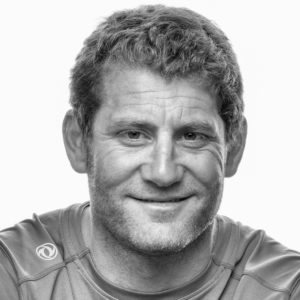 Incredibly, it marked the first leg win for the team and it couldn’t have come at a better time.
Three teams started Leg 11 of the race on Thursday in a dead heat on the overall leaderboard. 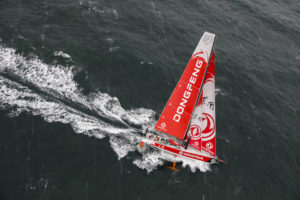 The finishing order between MAPFRE, Team Brunel and Dongfeng Race Team at The Hague would determine their place on the overall race podium.

Each of those three teams led at various points on the leg and had their opportunities to grab the prize.
But it was Caudrelier and his team made a bold call on Saturday evening to take a coastal route to the finish, pinned against the shoreline by a series of Exclusion Zones. It hurt them in the short term as they tumbled down the leaderboard. 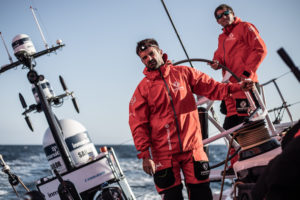 But by Sunday morning, with less than 100 miles left to race, weather routing projections had the top teams finishing within minutes of each other. None had been able to break-away, despite the significant splits on the race course. 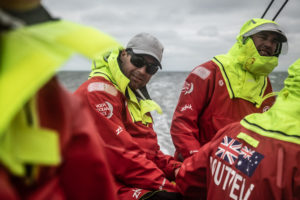 It was the closest finish in the 45-year history of the race and the first win for a Chinese-flagged team. 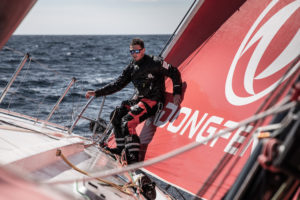 MAPFRE was projected to finish second on the overall leaderboard with Team Brunel in position to earn third on the final race podium.

team AkzoNobel, projected to finish in second place on Leg 11, would be the first of the two Dutch-flagged boats to the finish in The Hague with a solid fourth place finish in the overall race.