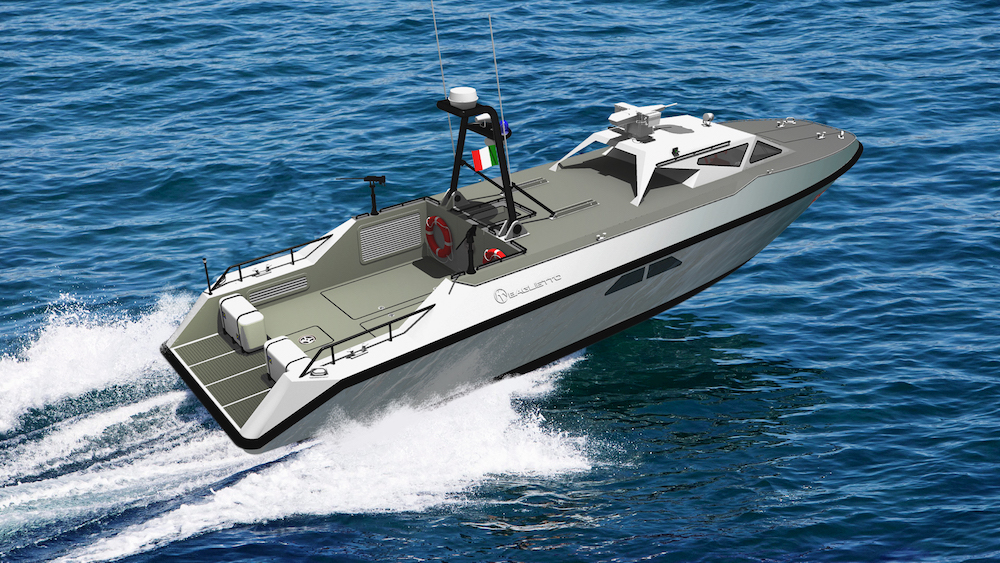 Baglietto Navy, the military division of historical boat builder Baglietto, based in La Spezia (Italy), has secured a contract for the construction of two Combat Boats (fast assault crafts) in the framework of the tender launched by Fincantieri on behalf of the Italian Navy. These two vessels will be used by the LHD currently being built by Fincantieri.

“Being awarded these two contracts is a huge source of pride for us” – comments Diego Michele Deprati, who heads Baglietto’s Navy Division – “Baglietto can boast a long- standing tradition in the construction of military crafts, which deepens its roots in the Company’s early history – from the historical “MAS” vessels (torpedo armed motorboats) built during World Wars I and II to the recent patrol vessels for the Italian Finance Police. Our shipyard, originally based in Varazze, has built boats for the world’s leading navies. This important achievement not only ensures continuity with the past but is also an acknowledgement of the considerable efforts made by Baglietto, through its Navy Division, in the military sector over the last few years”.

Unlike the FFC15 – the first aluminium prototype launched by the shipyard in 2016 – the combat boats for the Italian Navy will be built in composite materials (vinyl-ester resin and aramid fibre) and will be fitted with a propulsion featuring two 800 HP engines and surface drives, which will push them to a maximum speed of 40 knots and a cruising speed of 35 knots. The layout and interior equipment of the FFC have been specifically designed for the transportation of troops. The pilot house can host up to 3 crew members, while the interior layout can be optimised depending on the type of mission. Thanks to the use of removable seats, fitted with special shock absorbers, the troop compartment can seat up to 22 soldiers. Moreover, the interior superstructure will be shaped to allow for the installation in the troop compartment and in the pilot house of armoured panels ensuring protection against 7.62 NATO calibre. Forward, a two-section hatch allows for easy landing, troop disembarkation, and sea rescue operations.

As regards the boat’s armament, a 12.7 mm remote control turret will be installed on the deckhouse.

Baglietto: a long tradition in the military field. The military has played a great role in the creation of Baglietto’s history. Starting from the First World War, research and development activity for this sector has greatly contributed to the brand’s prestige, rapidly propelling it into its role as key player in the market. Thanks to advanced technology and great competence in the field of aeronautics and the fast hulls design, the shipyard has soon become one of the Italian Navy’s main suppliers, designing crafts chosen by the police forces and coastguards of many countries worldwide.